Challenge the “Defend the Spiritual Civilization” with Designated Team! 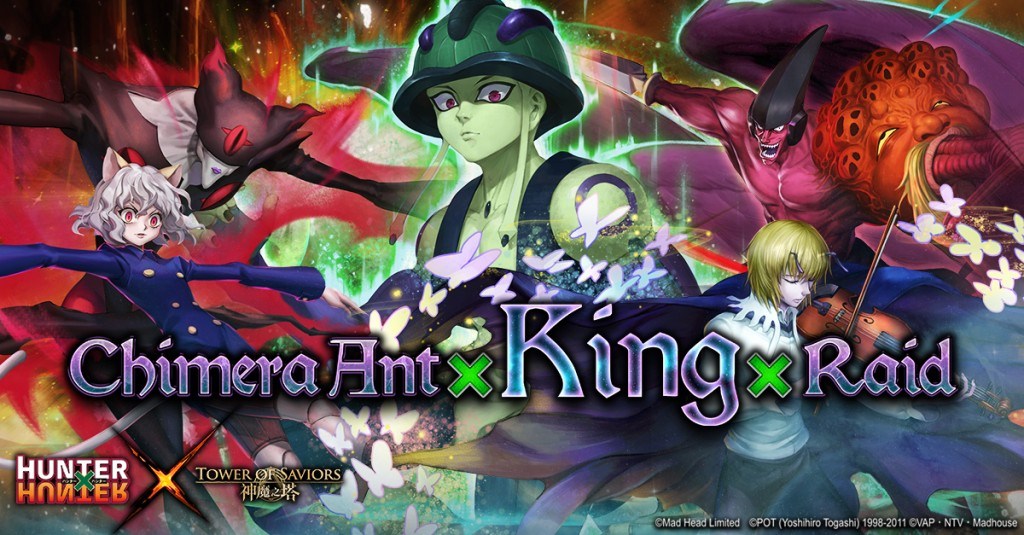 In version 15.3, “Meruem” will be staying in the Nightmare Stage, waiting for Summoners to come! Besides, come and help defend the spiritual civilization with “Egyptian Gods” using the designated teams! And be ready for their exclusive Dragonware!
●Nightmare Stage “King of the Chimera Ant”: Rule the World

The formidable “Meruem” will come to the realm on 14 Jun (Thur) to bring you nightmare! With “Menthuthuyoupi” & “Shaiapouf”, Meruem will surely make a raid on the realm! Can you make it to the last?

7-star “Meruem” not only has outstanding HP, Attack & Recovery, but also can lead the elf and demon members to create up to 49x attack with his skill as dual leaders!

“Meruem” can activate “Aura Synthesis” upon 5CD:
For 1 Round, Attack of all enemies -50%, adding the deducted Attack to the Monster’s Attack

“Egyptian Gods” will bring the 1-week challenge of “Defend the Spiritual Civilization” on 11 Jun (Mon)! Summoner has to fight with different designated teams! When reaching specific floors of “Egyptian Gods’ Trials”, you’ll obtain Silver Seal, Madhead, Harpy and so on! 「

New Dragonware will be available at 12:00 noon, 11 June (Mon) for VR “Egyptian Gods”. Their HP & Attack will be enhanced by 1.1 time. Damage reduction and attack increase will be granted once you fulfill certain conditions!

The demo introduces the battle of “Element-governing Goddess – Nightmare”. Meruem will lead the 3 royal guards to challenge the 7th Sealed Lord “Balance of Worldly Order – Giemsa”!