The version 15.4 will soon come to an end. “Judgment of the Guillotine – Shire” is bringing you his cruel execution in the ultimate stage “Kiss the Guillotine”! Upon update of “The Apocalyptic Sanskrit” in version 16.0, brand new series “Hindu Gods” will step into the realm! The long-awaited “Warzone Remains” of the 10th Seal will be available soon!

Indulged in the arts of decapitation, “Judgment of the Guillotine – Shire” will be waiting for you in the ultimate stage “Kiss the Guillotine” at 10:00 pm, 17 Aug (Fri)! He is going to bring execution with “Immortal Death – Elizabeth” & “Killer Bunny”!

Close to the apocalypse, people are suffering from a weird disease and facing the horror of death every day. Some, with exceptional spirituality, have opened up “chakras” with prana, bringing humans a new hope in this desperate world. Summoner is going to step into a new chapter with the dawn of Hindu Gods.

The Hindu Gods will be included in the Diamond Seal “Seven Chakras”! We’ll first introduce the active skills of “Obsessive Desire – Varuni”, “Divine Pureness – Parvati” & “Dark Perception – Lakshmi” for you!! 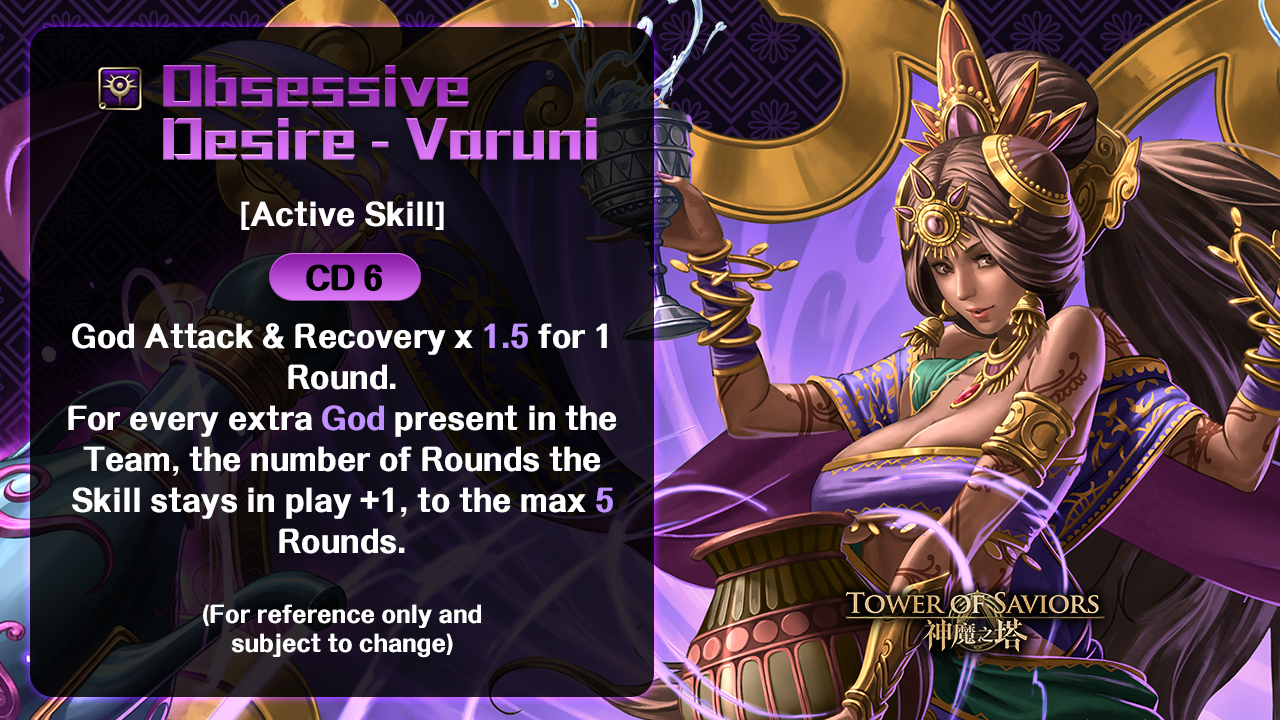 God Attack & Recovery x 1.5 for 1 Round. For every extra God (besides this Monster) present in the Team, the number of Rounds the Skill stays in play +1, to the max 5 Rounds!

For every extra God (besides this Monster) present in the Team, the number of Rounds the Skill stays in play +1, to the max 5 Rounds. 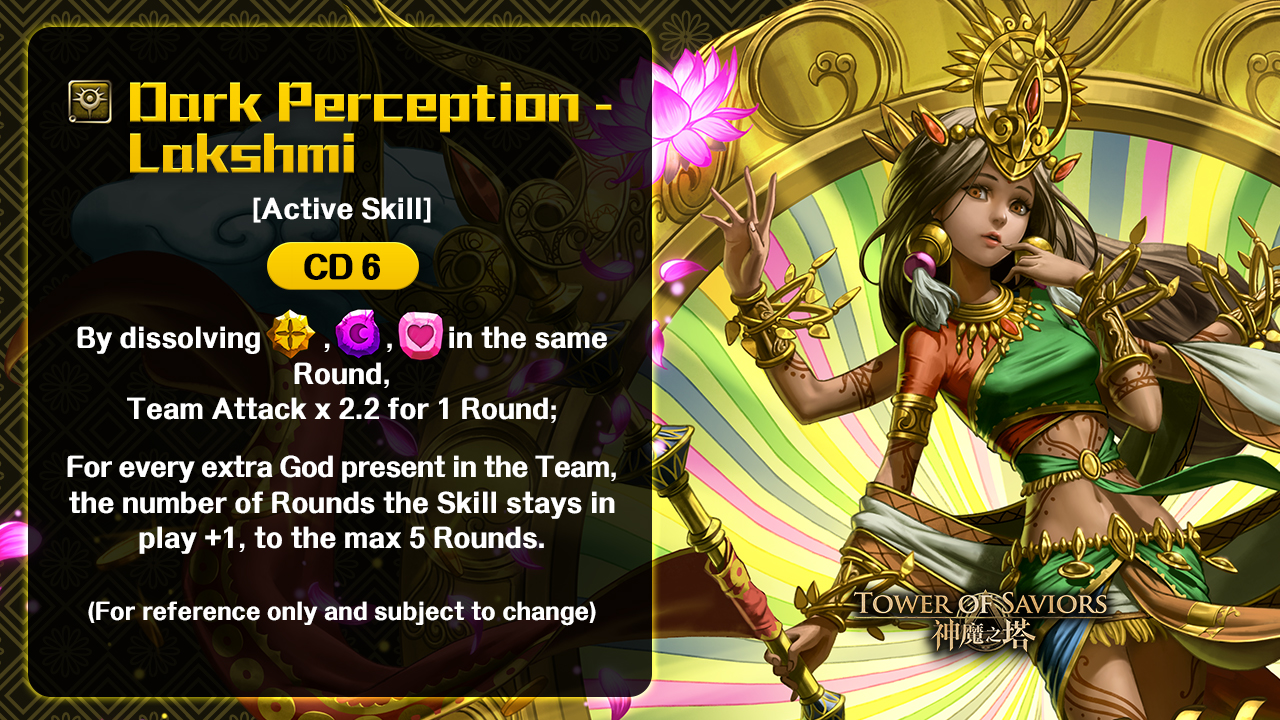 By dissolving Light, Dark and Heart Runestones in the same Round, Team Attack x 2.2 for 1 Round. For every extra God (besides this Monster) present in the Team, the number of Rounds the Skill stays in play +1, to the max 5 Rounds. “Maya the Calendar Creator” welcomes Lakshmi to be in her team! 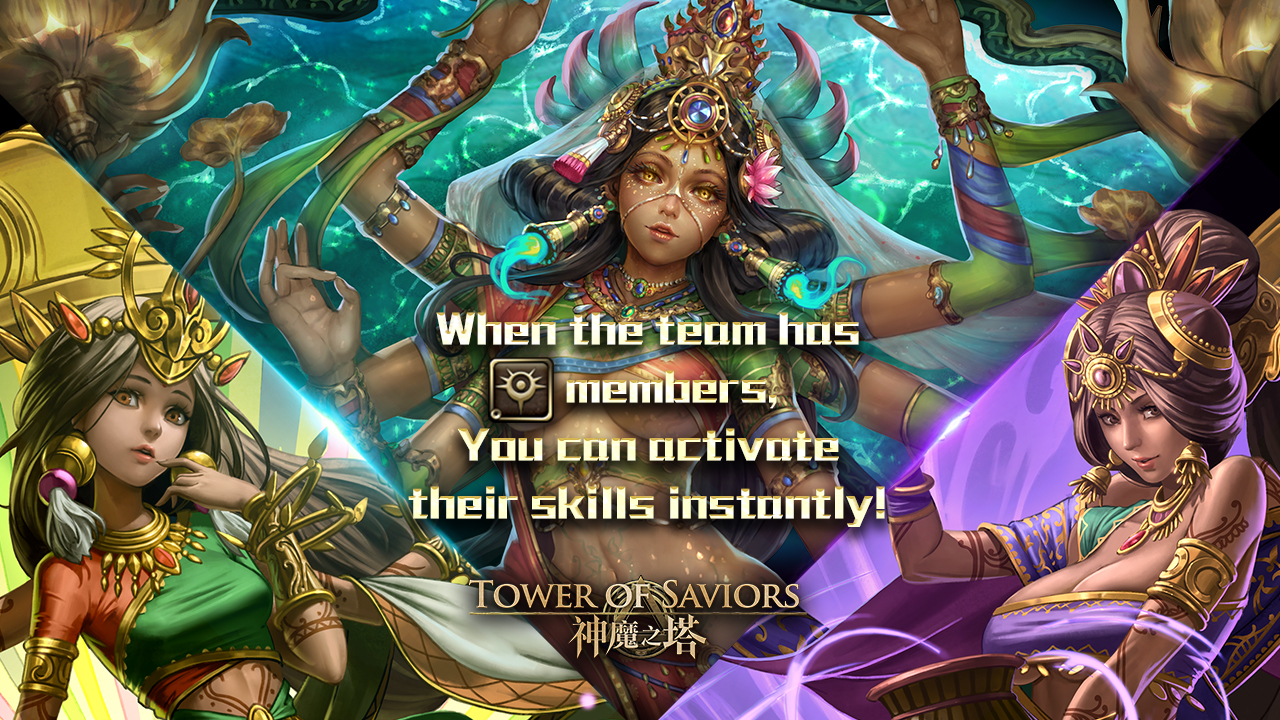 The active skills of “Obsessive Desire – Varuni”, “Divine Pureness – Parvati” & “Dark Perception – Lakshmi” are so practical that when the team consists of only God members, the active skills of the three of them will become 0 as soon as you enter a stage! It means you can use their skills at the beginning immediately.

After the update of version 16.0, summoners who have broken the 9 Seal will go deep underground in order to enter the 10 Seal! Scroll down your screen and the area will be revealed!

The 10 Seal areas are mainly divided into “Warzone Remains”, “Ritual Ruins”, “Eternal Prison” & “Gate to Mechanical City”! Each area is guarded by a keeper. Summoner has to pass through tough challenges!

To govern the order of the underground city, 3 “Guardians of Mech City” in the 10th Seal prohibit any dragon, beast and elf to step into the Warzone Remains! Summoner has to bring other members to challenge them! “Fallen Massacre – Behemoth” will fight to its last breath to protect this area! Get ready for the tough battle ahead!

After defeating Behemoth, the prohibition on “beast” will be removed

The opening of “Ritual Ruins” will be announced soon

Defeat Behemoth, gather “Tunestones” and you’ll be qualified to step into the next area “Ritual Ruins” ! While challenging the stages of “Warzone Remains”, you can obtain different types of “Tunestones”! 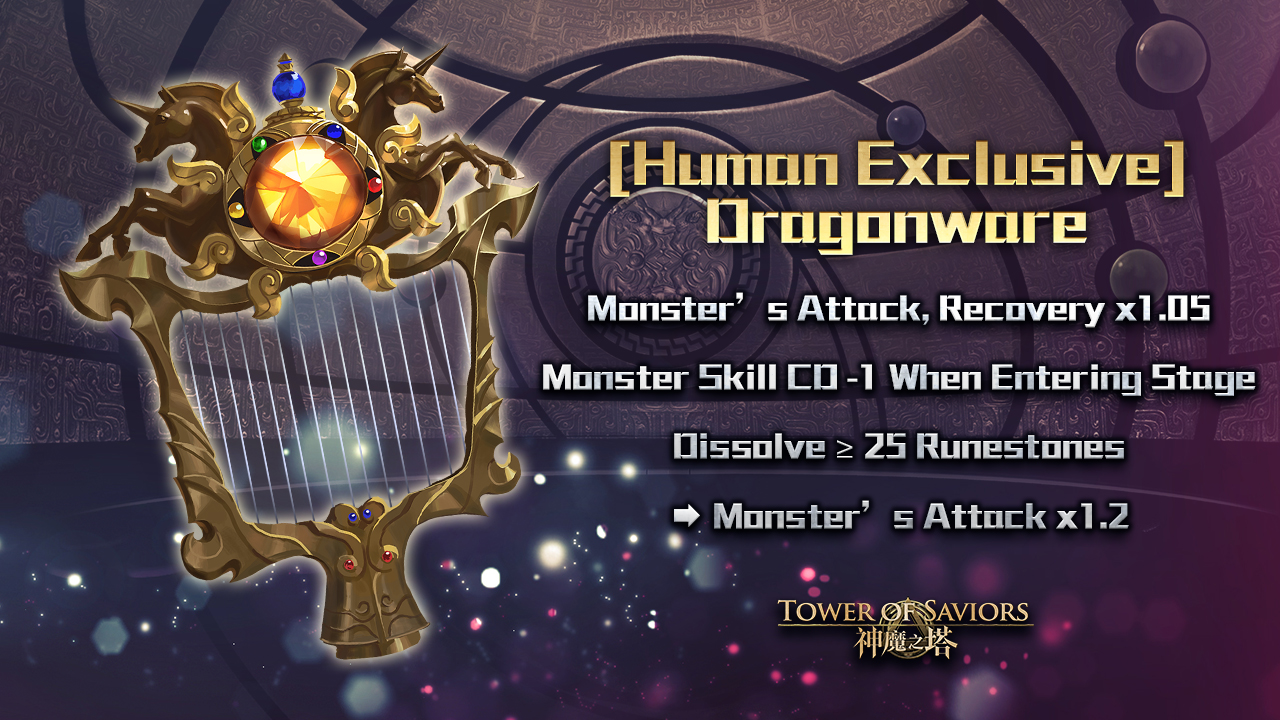 When Summoner gathers all “Tunestones” dropped in “Warzone Remains”, a rare Dragonware “Harp of Fantasia” will be given (Seal of Transposition) as a recognition! This Dragonware applies to all Humans. After equipping, human attack & recovery will increase 5%, Skill CD will be reduced after entering the stage and conditional buff will be granted!

The second survivor of Oroz is Dark Beast “Valencia the Guide of Destiny”, which will debut upon version 16.0! 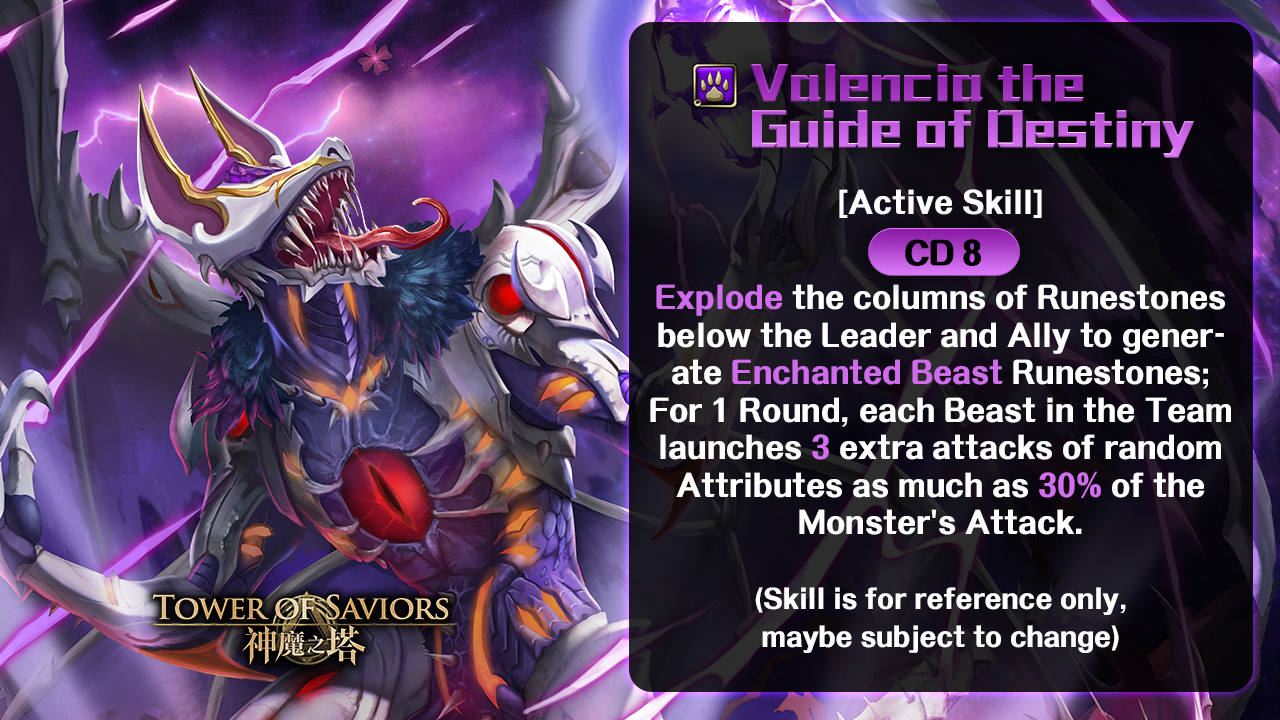 “Valencia the Guide of Destiny” can activate its active skill upon 8 CD:

Explode the columns of Runestones below the Leader and Ally to generate Enchanted Beast Runestones. For 1 Round, each Beast in the Team launches 3 extra attacks of random attributes as much as 30% of the Monster’s Attack.

Upon version 16.0, new mode “Bubble of Mirror” will be released! It’s simple yet exciting. Just tap on any repeated runestones on screen to dissolve it! If enchanted runestones are dissolved, you can get extra scores!

The runestones you dissolved in the mode will turned into enchanted one after the Dragonic Compulsion finishes!

Tap any repeated enchanted runestones to get more scores!

In version 16.0, you can craft your own “Blade of Slashing” & “Bubble of Mirror” in the Craft Forge. Besides, Machina Essence will be added into the Forge! Forge your unique craft to help you in the battle!

This function is only applicable to leaderboard other than Arena.

Before “copy”, remember to clear your Team Slots!

Summoner may find it annoying to form different teams for different battles. Upon the new version, you can copy the team shown in leaderboard, provided that you have already had those monsters in your Inventory. The system will automatically form the same team for you after you copy! Super convenient!

This Demo introduces “Aim, Drive of Life – Elite” as a battle stage. “Judgment of the Guillotine – Shire” will team up with “God of the Azure Sea – Poseidon” to defeat enemies with his skill!