Version 16.0 brings you a new ultimate stage “The Poor Twins” created by “Wretched Twins – Bhairava & Nandi” next week. Besides, Summoners will also be tested by “Companions of Mystical Beasts” in the transmigration challenge “The Howling of Beasts”! 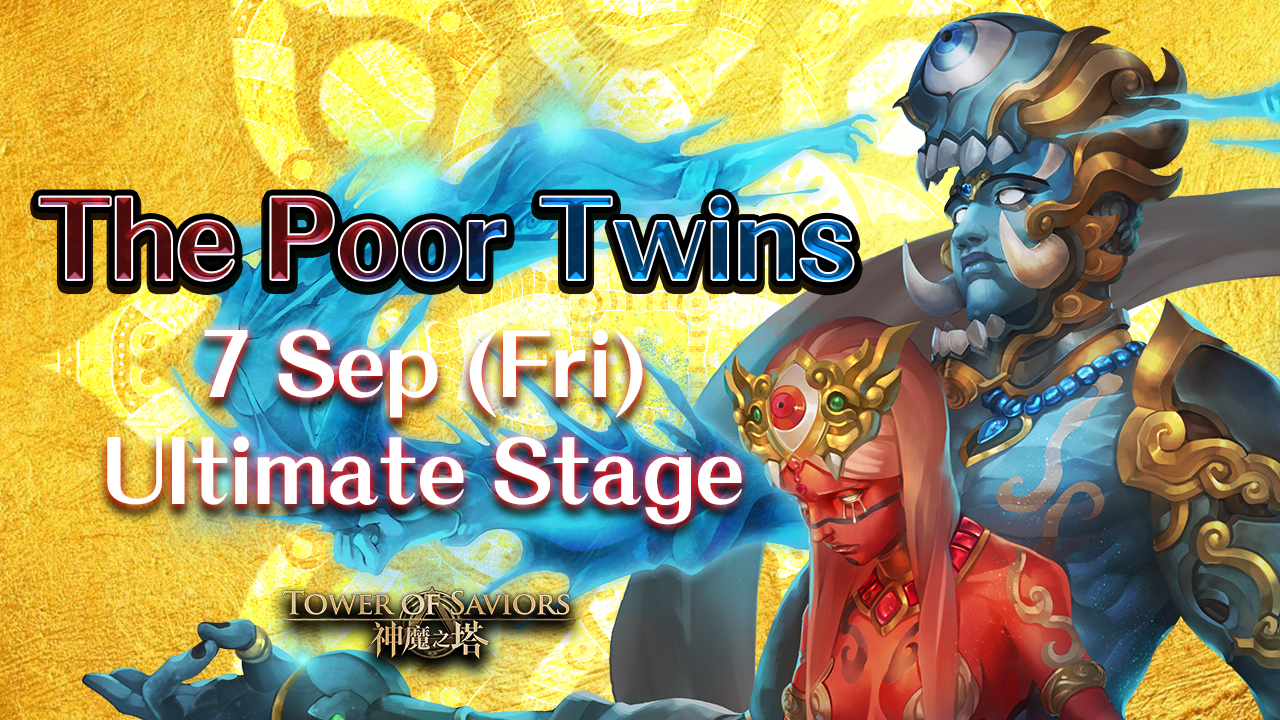 “Wretched Twins – Bhairava & Nandi” will be lurking in the ultimate stage “The Poor Twins” at 10:00 p.m on 7 Sep (Fri). They’re going to set a tough trap with “Chittamatra – Brahma” & “Obsessive Desire – Varuni” to dispel anyone who breaks into the stage. Summoner, do you have the guts to defeat them?

“Wretched Twins – Bhairava & Nandi” has been relying on each other since they were born. The power of the two is extraordinary. During the 1st phase, the enemy only receives Damage dealt by Enchanted Runestones. Runestone-moving time will be reduced to 2 seconds.The enemy receives Damage only when there is a Controlling Skill on it. Summoner can break it with “Scorpio of Agility – Alma” (Awakening Recall) or Egyptian Gods (Divergence) using their “Final Judgment” skills!

During the 2nd phase, “Wretched Twins – Bhairava & Nandi” will lock the Active Skills of all Members. All Runestones will also be locked in the first Round. After that, all Heart Runestones will be locked every Round. If any Locked Runestone remains, the enemy recovers HP as much as the Damage dealt by Summoner in the Round. The enemy attacks regardless of all Damage-reducing and Willpower Skills. Therefore, remember to bring members with “unlocking” skills. 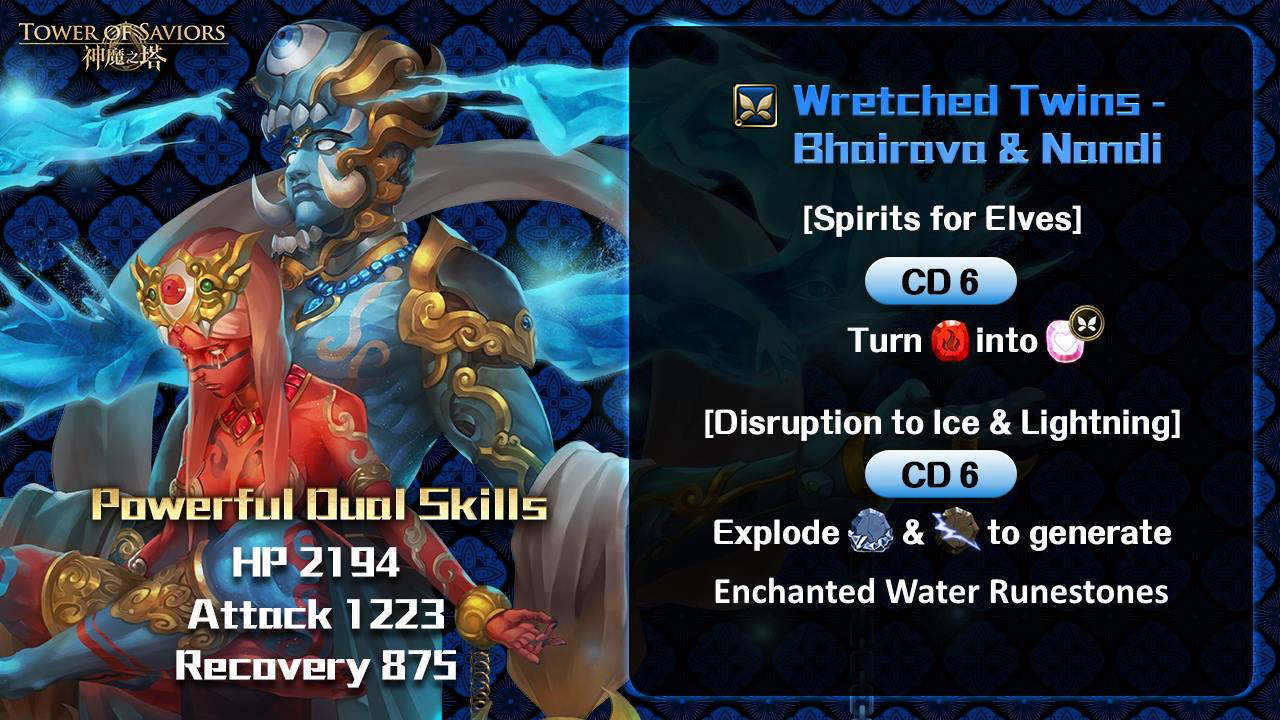 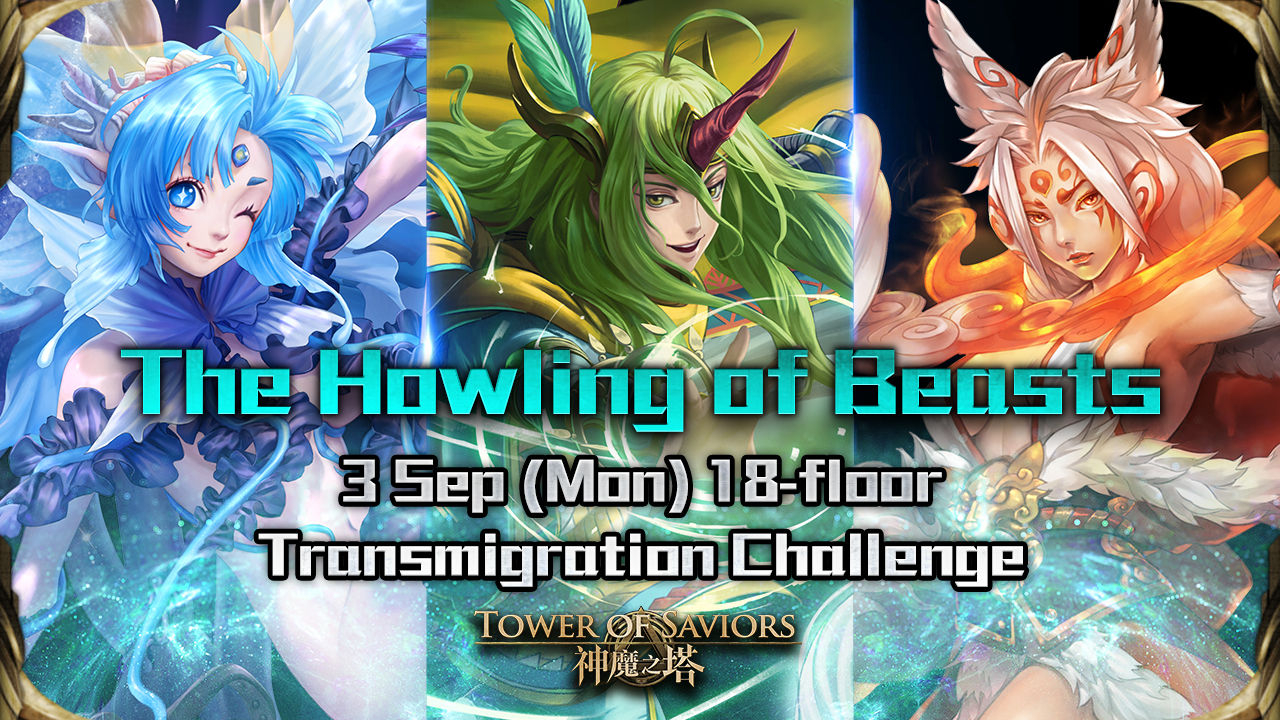 After Power Release, the power of “Companions of Mystical Beasts” has greatly enhanced! They’ll be setting up an 18-floor transmigration stage “Visions of Mystical Beasts” from next monday! “Reflection of Astro Glow – Pupuro”, “Devil Purification – Suzuko” and “Wits of Unicorn – Haza” will become your opponents! Only triumphant Summoners can claim all the rewards!!

Enemy Info About the Final 5 Floors 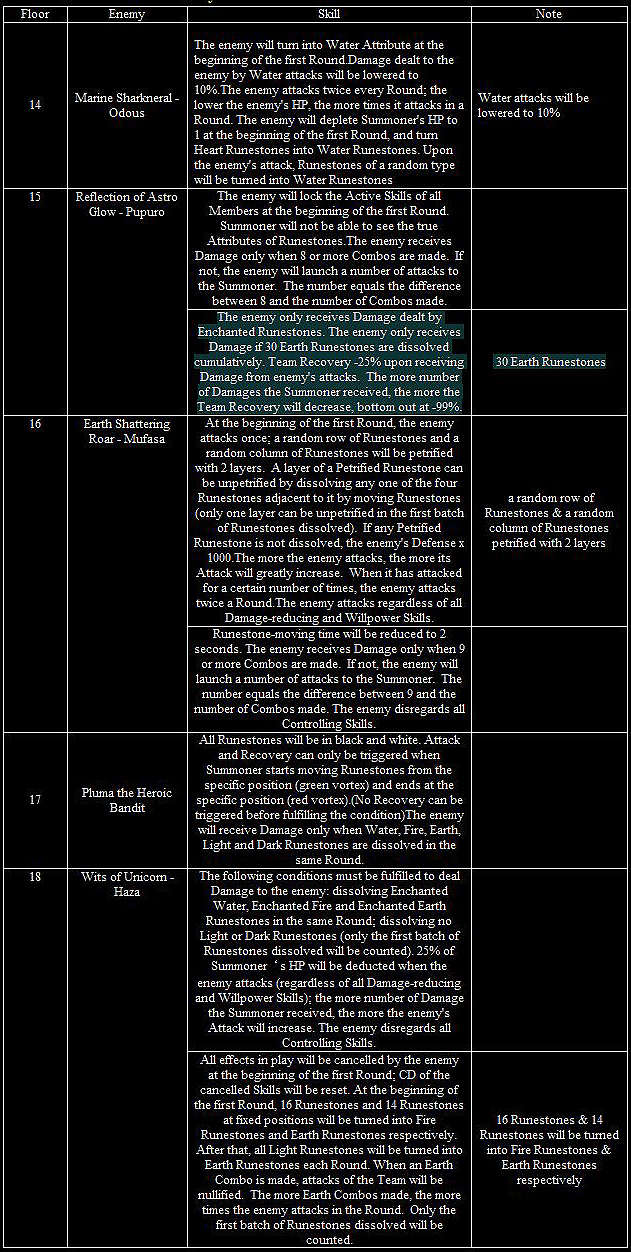 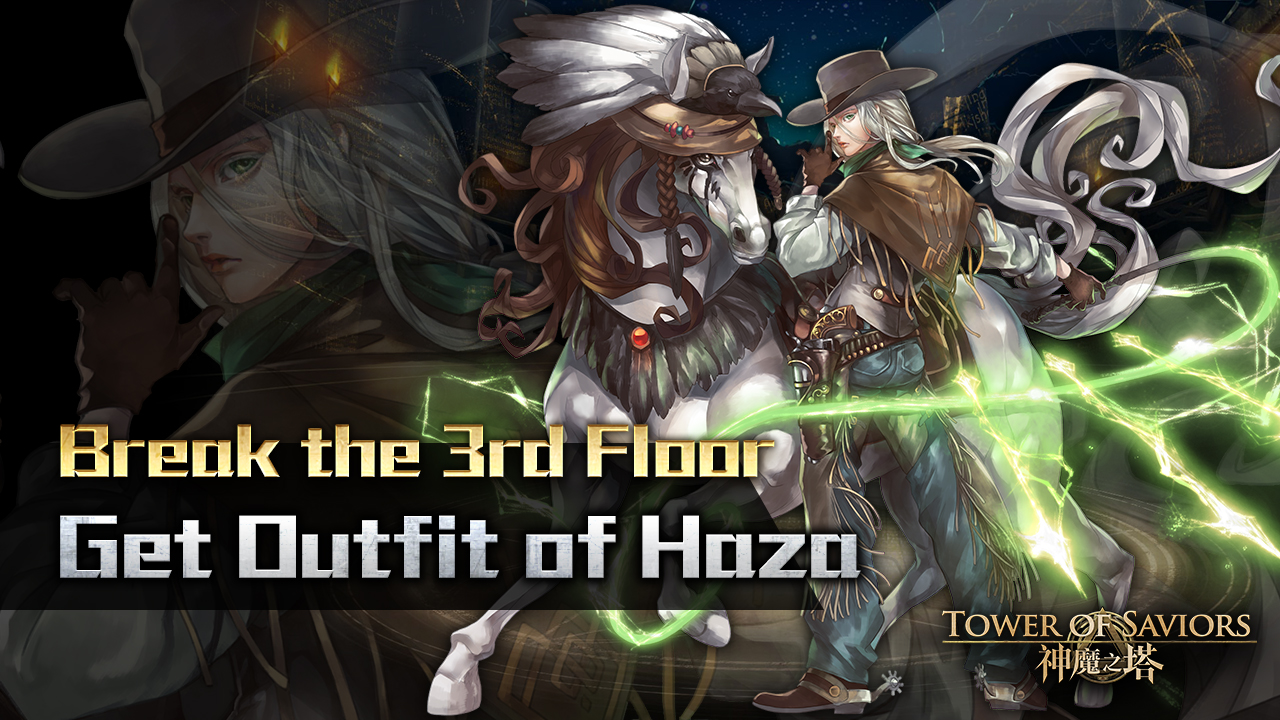 Complete the 3rd floor to get
The cool outfit of Haza

“Sonata the Follower of the Diva” will debut next monday! This Water Elf is equipped with moving-time extension, attack & recovery up and runestone possession effects.

For 1 Round, extend Runestone-moving time to 10 seconds; Attack & Recovery of Gods & Elves x 1.5; if there are 2 or more Elves in the Team, other Runestones also possess 50% effect of Water Runestones.