Close to the end of the version 16.1, “Perillos the Brazen Bull” will unveil the finale to bring Summoners the ultimate stage “Insanely High Temperature”! Arena Character “Novice Sage – Roger” will soon be available for evolving into the water attribute “Frozen Glamour – Roger”! Besides, new characters “The Master Cathieves” will debut in version 16.2!

“Perillos” the brazen bull is going to turn you into his cuisine at 10:00 pm, 9 Nov (Fri) in the ultimate stage. Teaming up with “Braided Maiden” & “The Combustor of Life Jackie”, Perillos is ready for searching for more fresh human meat…

“Perillos” who has a quirk of listening the painful screams of humans will test your strength in his turd.  During the 1st phase:

The enemy only receives Damage if 50 or more Water Runestones are dissolved cumulatively (regardless of Attribute-altering Skills).  If the above condition is fulfilled, the enemy will reset the number of Runestones accumulated when its CD reaches 0; if not, the enemy will attack. Each Round before Summoner starts moving Runestones, Water Runestone position(s) will be burned; Water Runestones will be turned into Fire Runestones.  Every time when a burned position is touched, 20% of Summoner’s HP will be deducted. The enemy disregards all Controlling Skills.

During the second phase:

At the beginning of the first Round, the enemy raids and deducts 99% of Summoner’s current HP (Damage-reducing or increasing effects apply). Summoner’s Attack becomes 0 for 3 Rounds. 50% of Summoner‘s HP will be deducted when the enemy attacks (regardless of all Damage-reducing and Willpower Skills); the more number of Damage the Summoner received, the more the enemy’s Attack will increase. The enemy disregards all Controlling Skills.

“Frozen Glamour – Roger” can activate “Sorcery of Ice” upon 6CD:

For 1 Round, no attacks could be launched by the Monster; Damage received -60%.  For the next Round, other types of Runestones also possess 150% effect of Water Runestones.

Ali Baba’s famous, adorable cat thieves are taking the lead to reveal their true power to fight against the unscrupulous tycoon in the realm, saving people in need.  As a cat lover, it’s time for you to swear an oath of loyalty to the master cats!

In the Diamond Seal of “Calling of Cathieves”, Summoners can draw the characters of “The Master Cathieves” Series for helping you through battles ahead. We’ll first introduce you the skills of “Bon Appétit – Choux”, “Tactful Illusionist – Copperfield” & “Astute Lockpicker – Wimpy”! The rare characters will be announced next week! 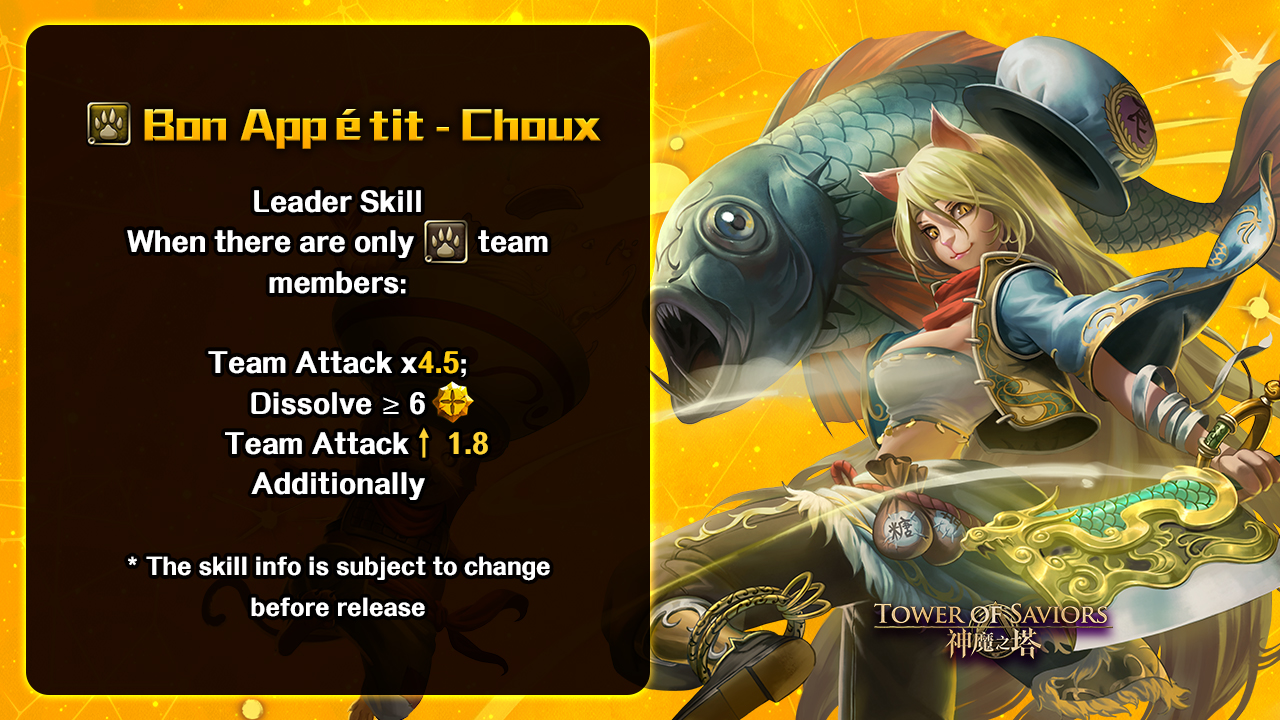 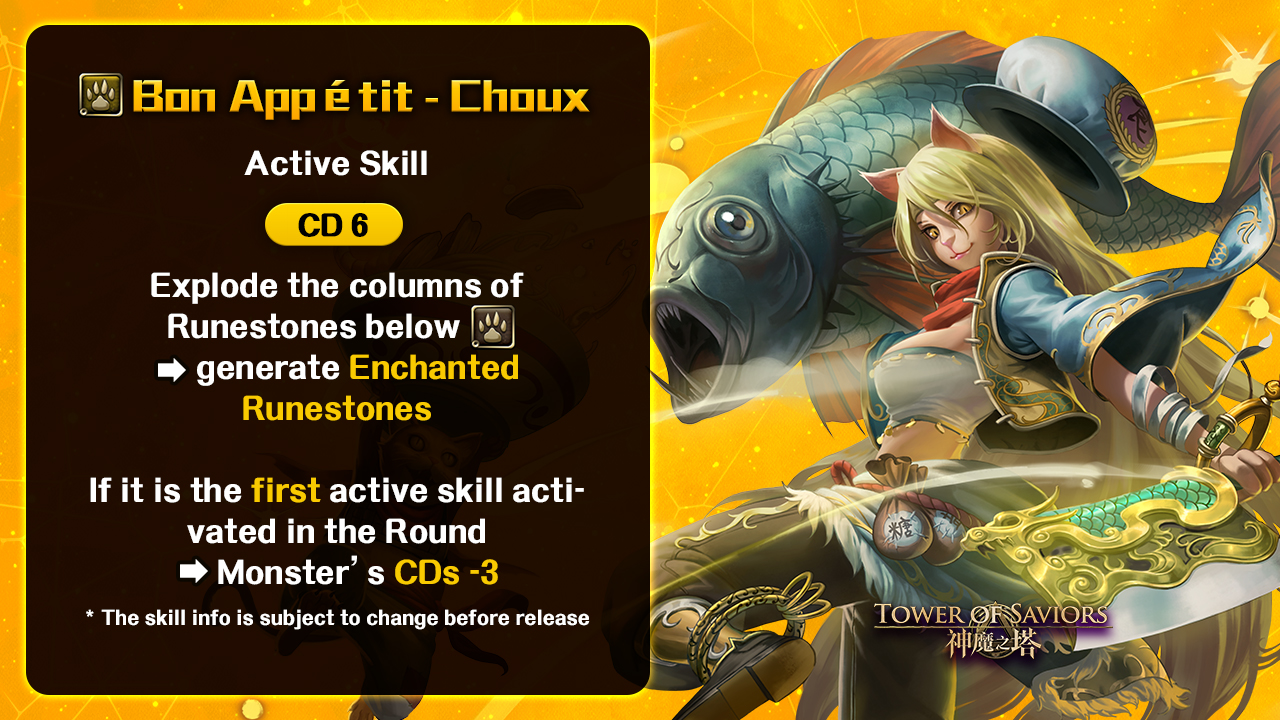 “Bon Appétit – Choux” can activate her active skill upon 6 CD:

Explode the column of runestones below Beast Members to generate Enchanted Runestones;

For 1 Round, when dissolving Light & Dark Runestones, Monster will deal an extra Light damage; if it’s the first active skill activated in the Round, Monster’s CDs -3.

“Tactful Illusionist – Copperfield” can activate his active skill upon 8 CD with heavy damage! If the skill the last active skill used in a Round, the CDs will reduce 3. 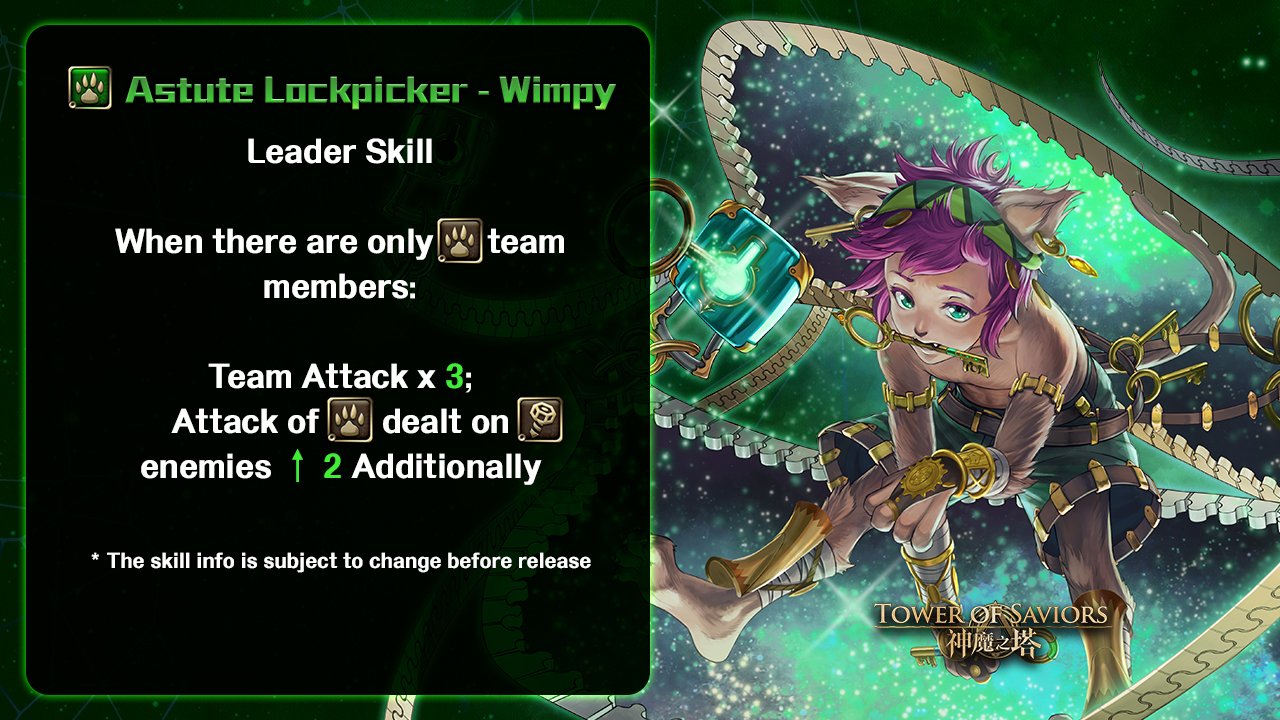 When the Team consists of only Beasts, Team Attack x 3; Damage dealt on Machinas by Beasts x 2 additionally. 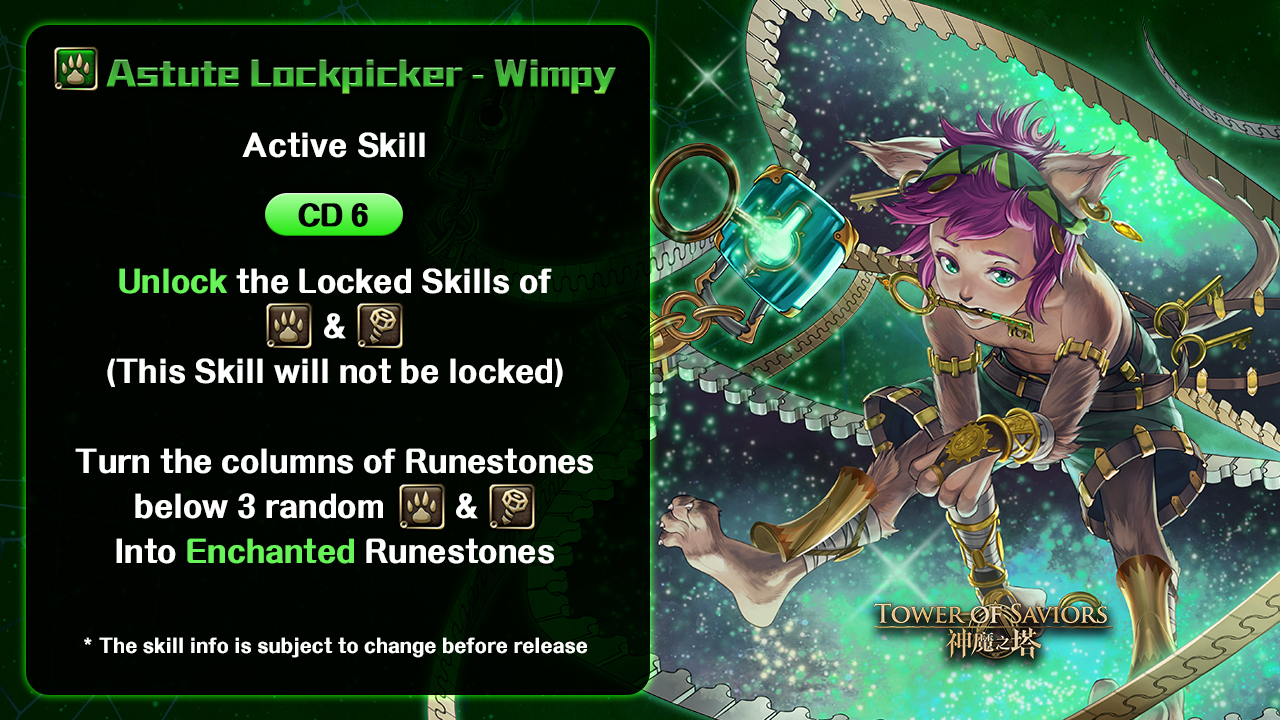 “Astute Lockpicker – Wimpy”  can activate his active skill upon 6 CD. Beasts and Machinas will be free from locking! 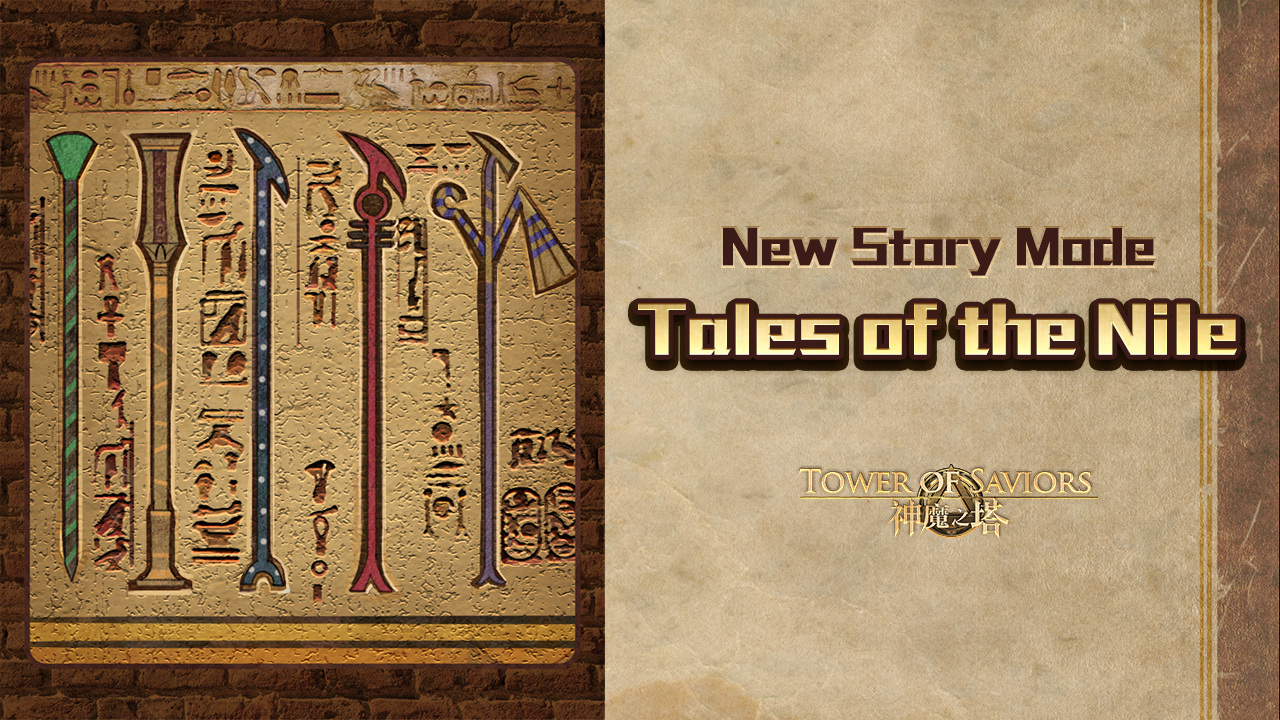 New story mode “Tales of the Nile” is coming in version 16.2! Five characters of “Imperiality of Egypt”, including “Solemn Commitment – Sobek”, “Twisted Obsession – Khepri” & “Honourable Dedication – Serket”, will bring a fresh adventure to all Summoners.

Click “The Traveler’s Memories” at the upper right of the main map to enter the  “Tales of the Nile”! Gather “Sceptres” to challenge Extra Stage!

The demo introduces “Melancholy Under the Veil – Ultimate” as a battle stage. “Perillos the Brazen Bull” will join “Devil Purification – Suzuko” to beat “Guinevere the Uncaged Butterfly”!