During the crossover with “Ultraman”, Guild Mission “Wrecking Burst” is coming next week for you to collect the figures of Ultraman! Besides, “Jugglus-Juggler” will set up the ultimate stage “Nemesis of Justice”!

“Ultraman Geed” will be into the realm next mon, located in the guild mission! Summoner can collect different “Ultraman” figures, “Ultraman Geed” & other attractive rewards!

In the Guild Mission “Defy the Destiny”, you may encounter the raiding monster “Notorious Beast – Campester”! Defeat this beast and you’re guaranteed to get the character upon completion.

One of the following effects will be triggered according to the number of enemies upon Skill activation:

1 enemy: For 1 Round, the Monster’s Attack x 6, regardless of Defense.

2 enemies: For 1 Round, the Monster’s Attack x 4; 50% of Damage dealt to an enemy will be diffused to other enemies. 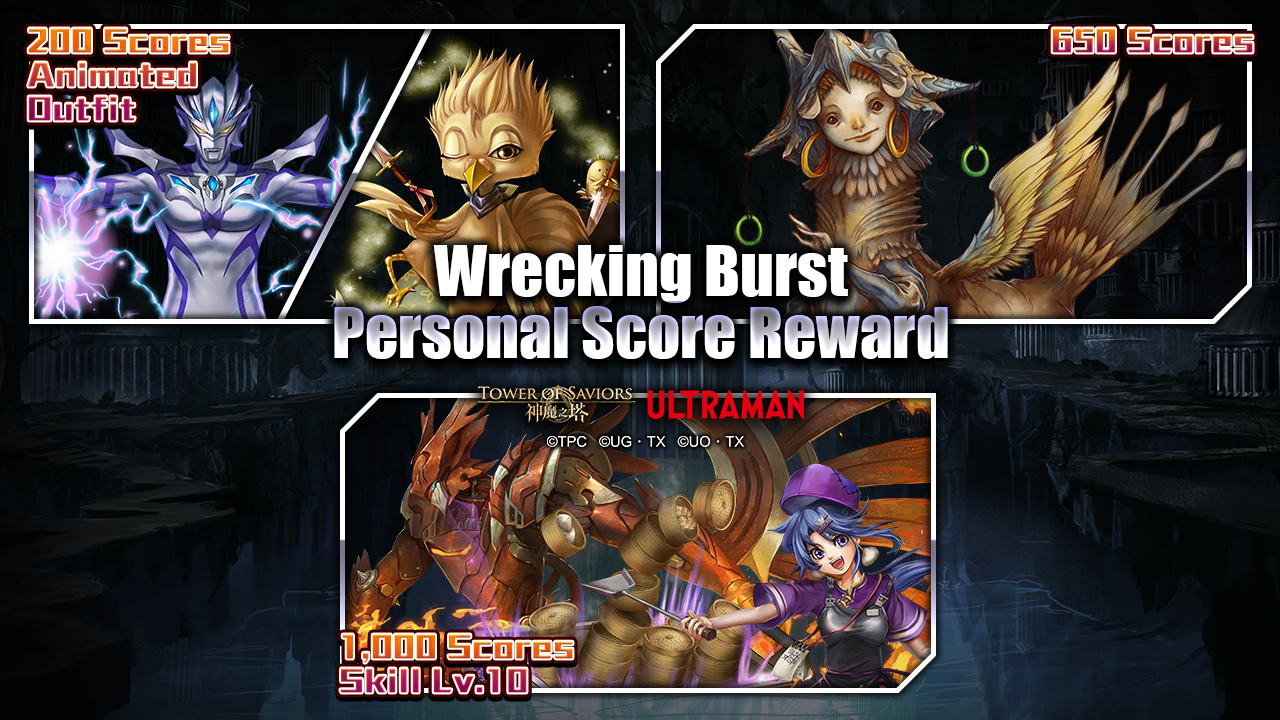 For players in the non-crossover regions who can’t join the guild mission, you can still challenge the stage to obtain “Heroic Inheritance – Alfred”. The character setting and active skill are the same as Ultraman Geed’s. You may encounter the raiding monster “Notorious Beast – Campester” in the stage too.

“Jugglus-Juggler” will invade the realm at 10:00pm on 9 Aug (Fri) with “Nightfall Savant” & “Nightfall Combatant”! Summoners are required to defend the realm with Ultraman!

During the 1st phase,the enemy receives Damage only when 9 or more Combos are made.  If not, the enemy will launch a number of attacks to the Summoner.  The number equals the difference between 9 and the number of Combos made. The bottom row of Runestones will be shrouded in mist. The enemy disregards all Controlling Skills. 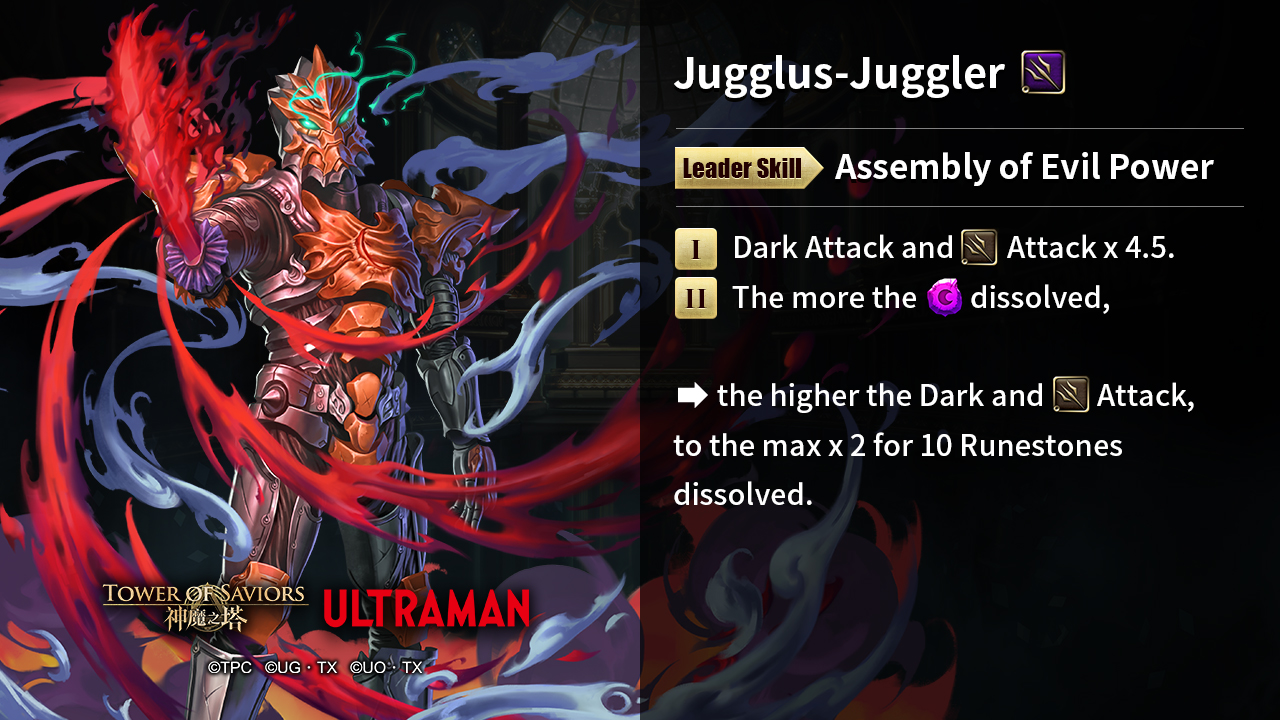 “Jugglus-Juggler” will set up the ultimate stage at 10pm on 9 Aug (Fri)! The skill demo will join “God of Diseases – Namtar” to show the signature skill “Crescent Moon Shockwave”.