Tower of Saviors is about to have version 18.1 update as well as “Tales of Minerelves” on next Monday. Upon version update, “Minerelves” characters will be joining the war to protect Enochian Tower with Summoners! In addition, the crossover event with “Sky 100 Hong Kong Observation Deck” will begin next Monday!

Elf swarm warning! “Minerelves” led by “Diamond”, “Jade” and “Amber” will be debuted on 21 Oct (Mon). Upon version update, Summoners can obtain the new elves in “Enchanted Crystals” Card Seal! 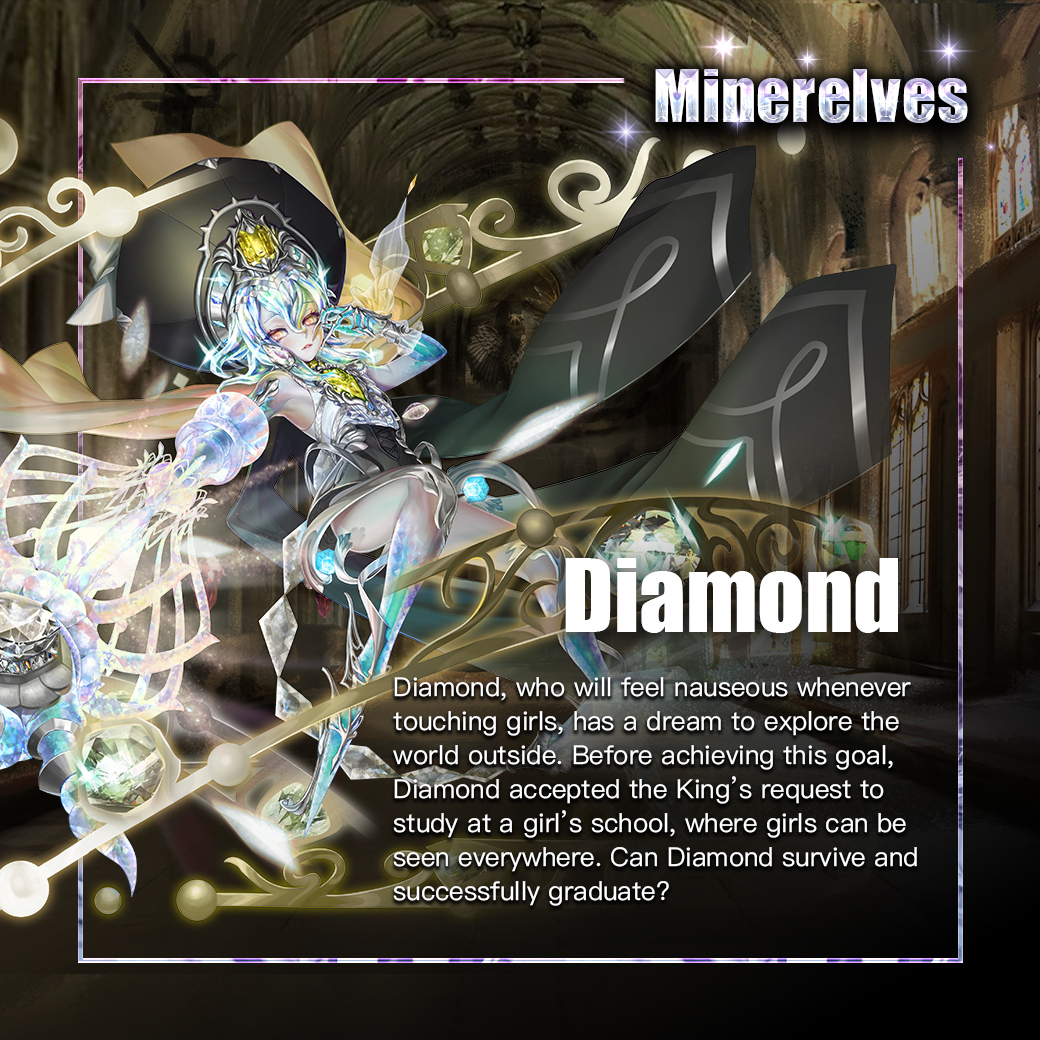 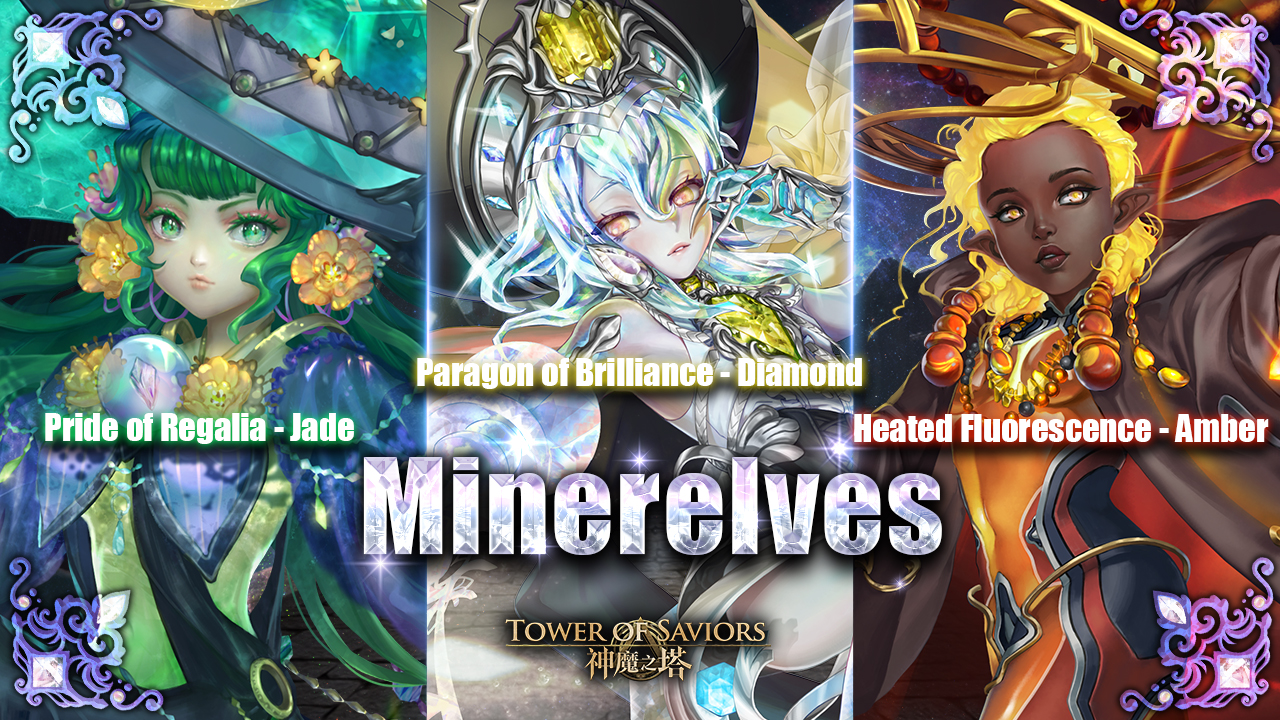 As a strong backbone for elf race, “Minerelves” series is about to make elves thrive! The rare characters of the series possess the ability of “Crystallization”, making them even tougher! Let us present you the skills info of 6* “Paragon of Brilliance – Diamond”, “Pride of Regalia – Jade” and “Heated Fluorescence – Amber”! 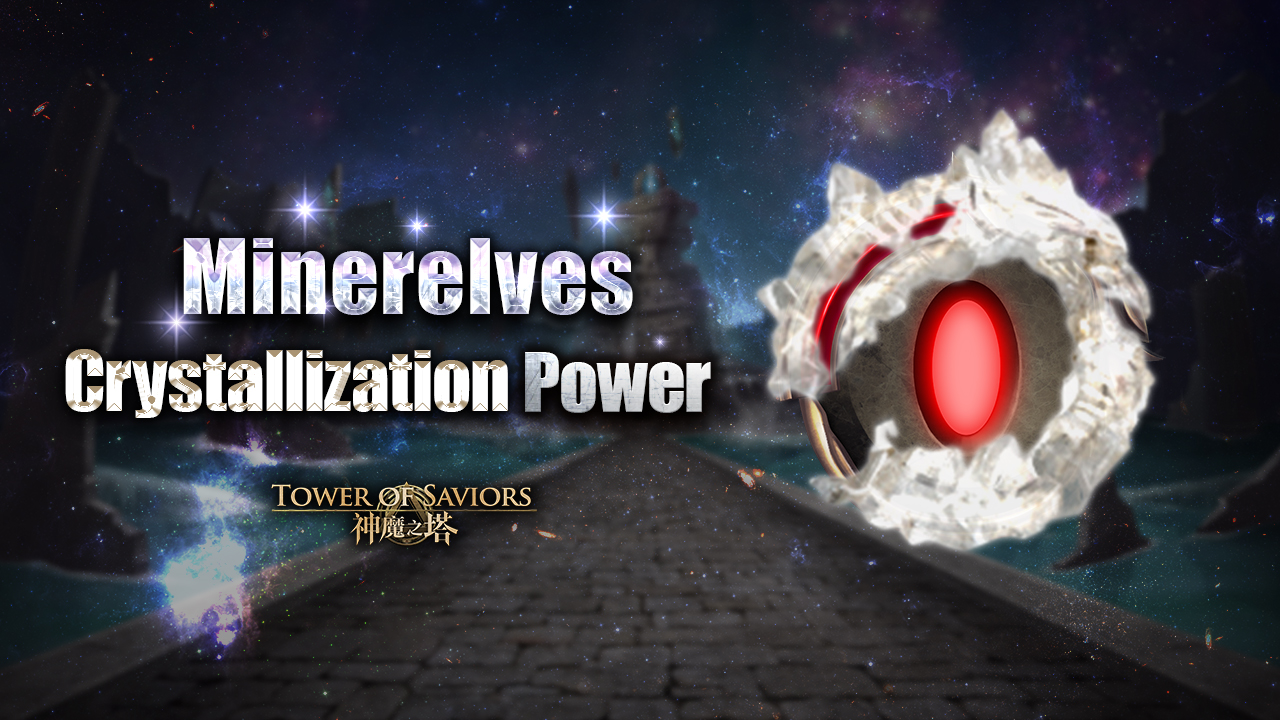 The “Crystallization” ability of “Paragon of Brilliance – Diamond” is described as the following: For 1 Round, Elf Attack x 2 additionally; Damage received will become 0 (the Damage-reducing effect is applicable to Boss Skills deducting a specific % of Summoner’s HP such as “Bloody Scythe” and “Fatal Blow”). 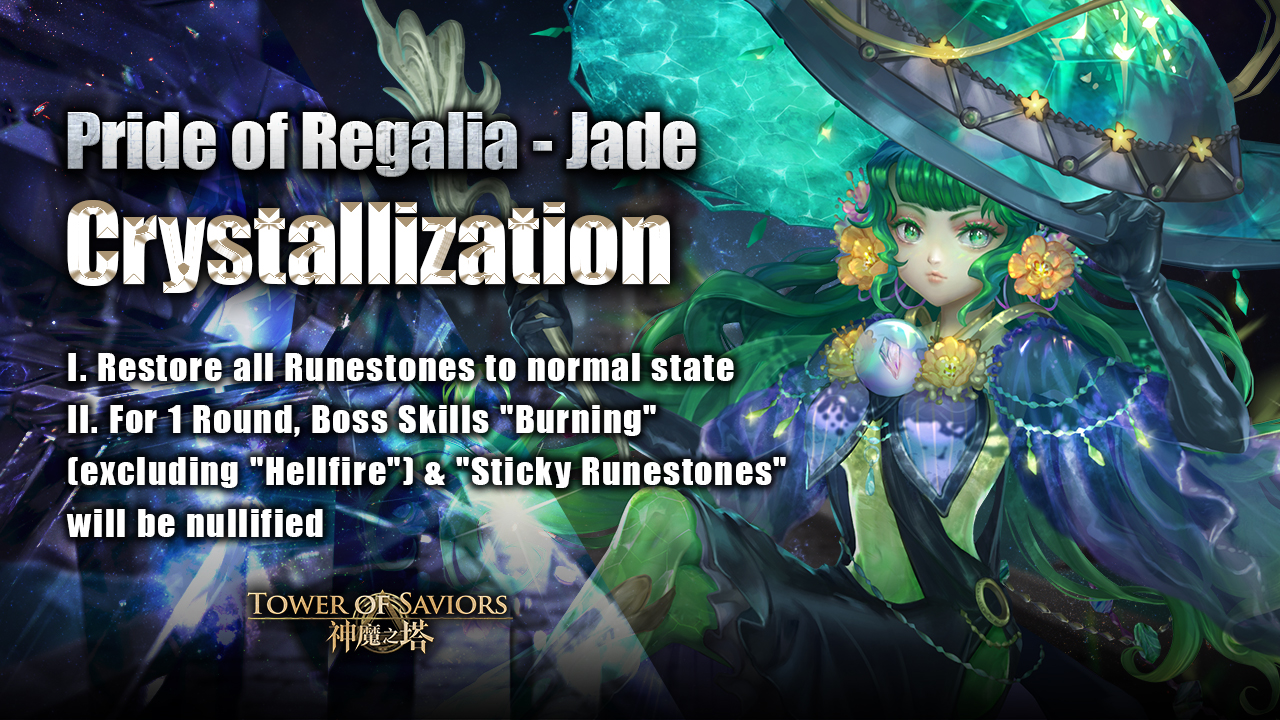 The “Crystallization” ability of “Pride of Regalia – Jade” is described as the following: Restore all Runestones to normal state; For 1 Round, Boss Skills “Burning” (excluding “Hellfire”) and “Sticky Runestones” will be nullified.

The “Crystallization” ability of “Heated Fluorescence – Amber” is described as the following: For 1 Round, Combo count +1 for each present Heart Runestone before the start of moving Runestones (dissolving Runestones is necessary).

Leader Skill “Glitter of Diamonds” of “Paragon of Brilliance – Diamond” is described as below:

Putting non-rare “Minerelves” in Team Diamond will grant you Attributive Bonus of Heart Runestones and the attribute of the elf in team! 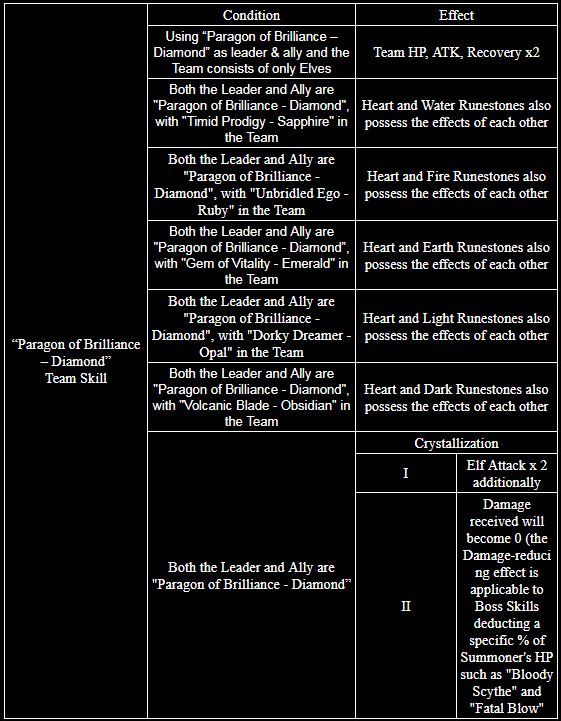 The Active Skill “Playground of Diamonds” of “Paragon of Brilliance – Diamond” can be activated in 10 CD:

For 2 Rounds: I. Team Attack x 2; Extend Runestone-moving time to 20 seconds; Damage received will become 0 (applicable to Boss Skills deducting a specific % of Summoner’s HP such as “Bloody Scythe” and “Fatal Blow”).

Leader Skill “Jade Green Gaze” of “Pride of Regalia – Jade” is described as below: 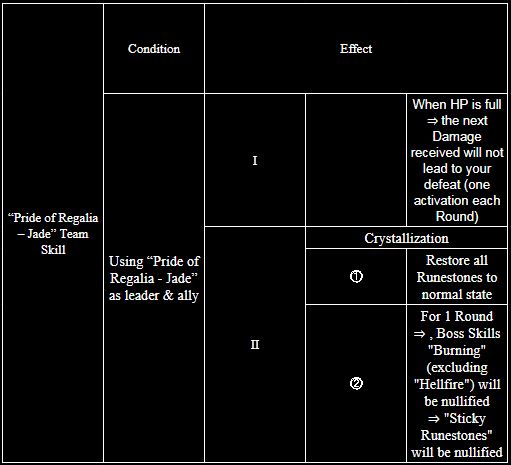 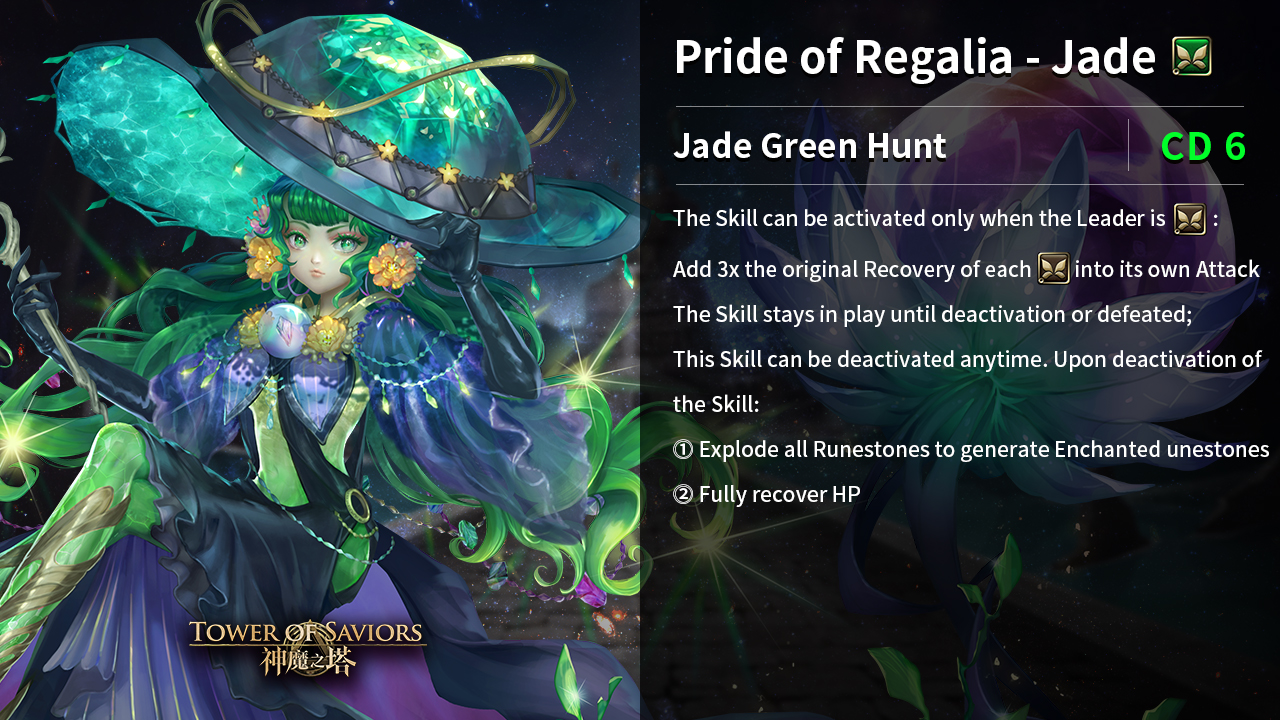 The Active Skill “Jade Green Hunt” of ““Pride of Regalia – Jade” can be activated in 6 CD:

The Skill can be activated only when the Leader is an Elf: Add 3x the original Recovery of each Elf into its own Attack; The Skill stays in play until deactivation or defeated; This Skill can be deactivated anytime.  Upon deactivation of the Skill, explode all Runestones to generate Enchanted Runestones; fully recover HP.

The Leader Skill “Piercing Amber Eyes” of “Heated Fluorescence – Amber” is described as below:

Elf HP & Attack x 2.5; Heart Runestones can’t be dissolved; For every group of Attributive Runestones dissolved, recover HP as much as 5% of the total Elf HP.

＊Hint: Summoner can put “Pride of Regalia – Jade” in Team Amber, whose Active Skill can boost the ATK stat of the team. The Team Skill effect “direct damage” will be much more powerful with Jade’s Active Skill!

The Active Skill “Flames of Bug” of “Heated Fluorescence – Amber” can be activated in 8 CD:

When “Heated Fluorescence – Amber” is used for both leader & ally, the Active Skill will be changed from “Flames of Bug” to “Flames of Bug – EX”, granting the ability to dissolve Heart Runestones by aligning 2 or more of them (overriding the Leader Skill)! 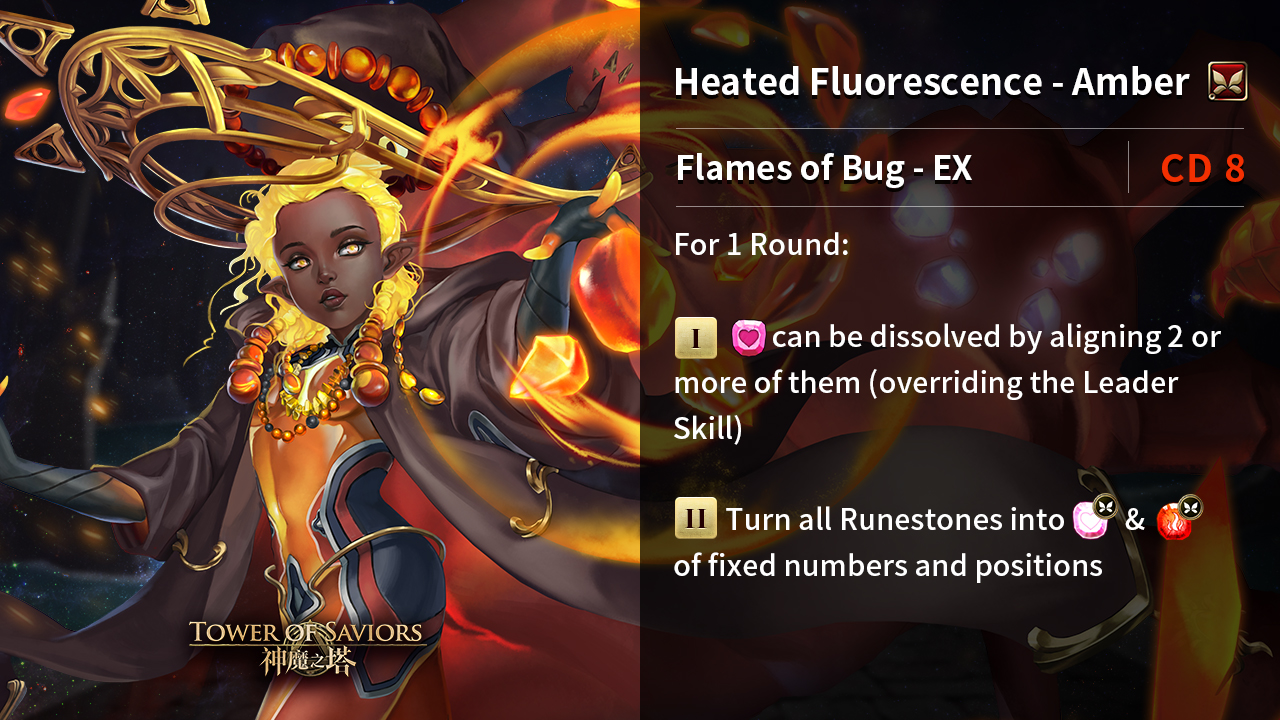 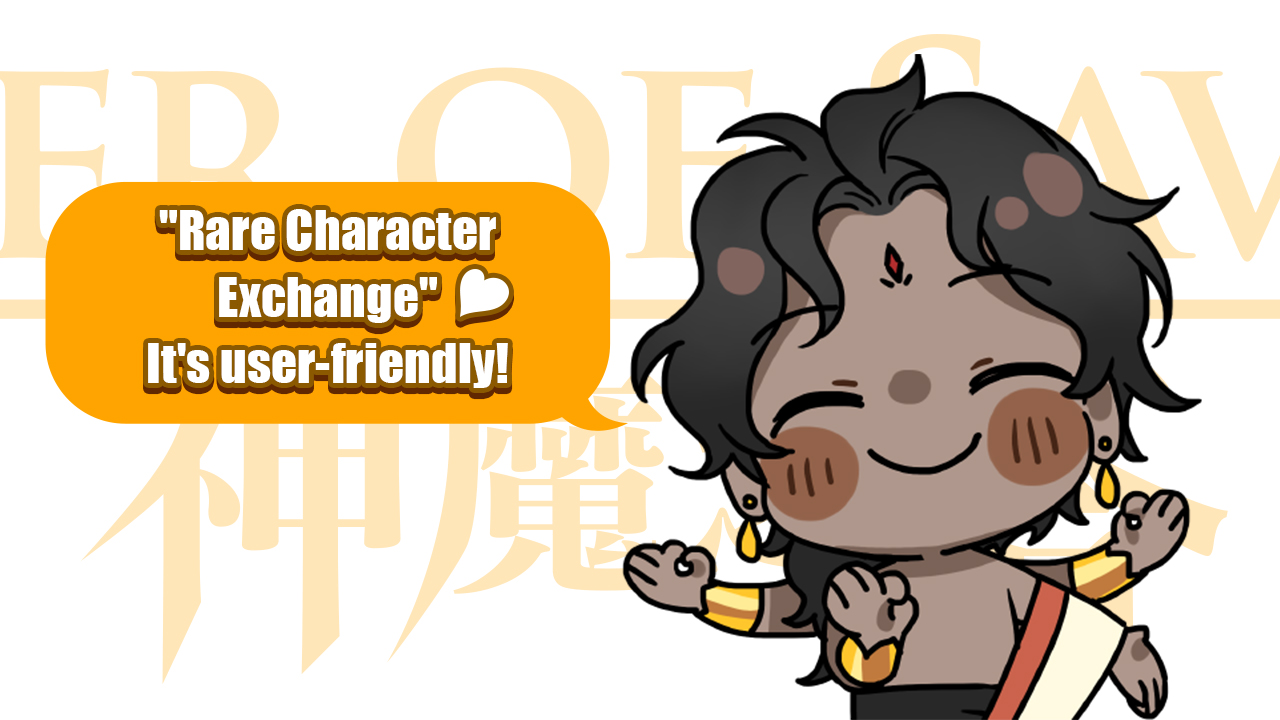 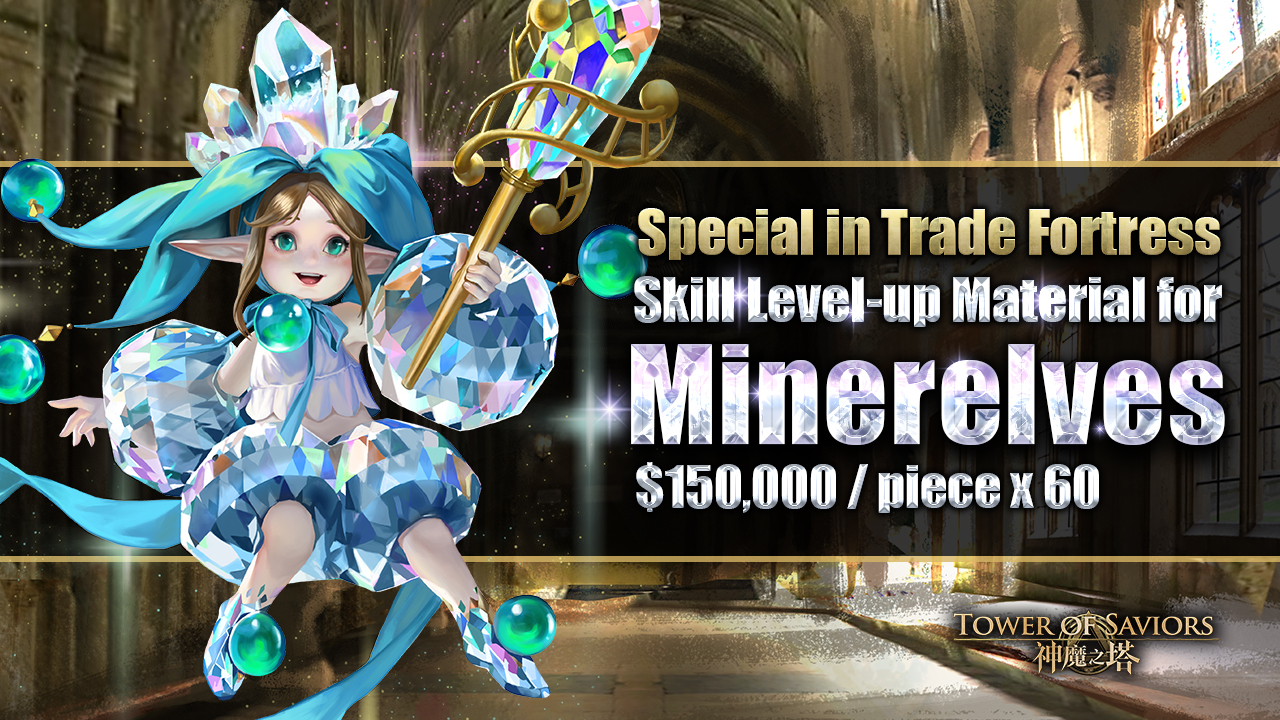 ＊When “Crystal Cluster” is fed to monsters other than “Minerelves”, the battle rounds of the monster will increase by 50.

Upon version update, a total of 60 “Crystal Cluster” are available for purchase in Trade Fortress!

Summoners who are unable to visit “Sky 100 Hong Kong Observation Deck” can challenge the material stage “A Cozy Siesta” in “Lost Relic”, where you can obtain “Crystal Cluster” and “Delicate Desserts” material! 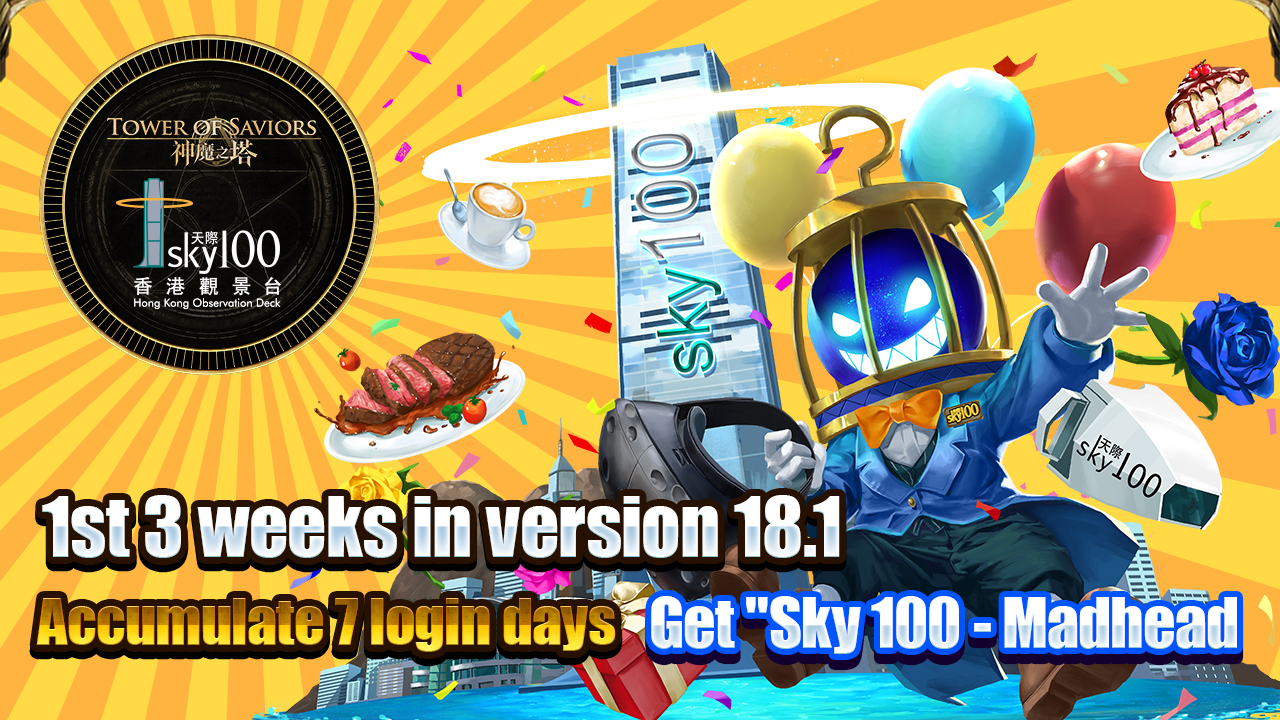 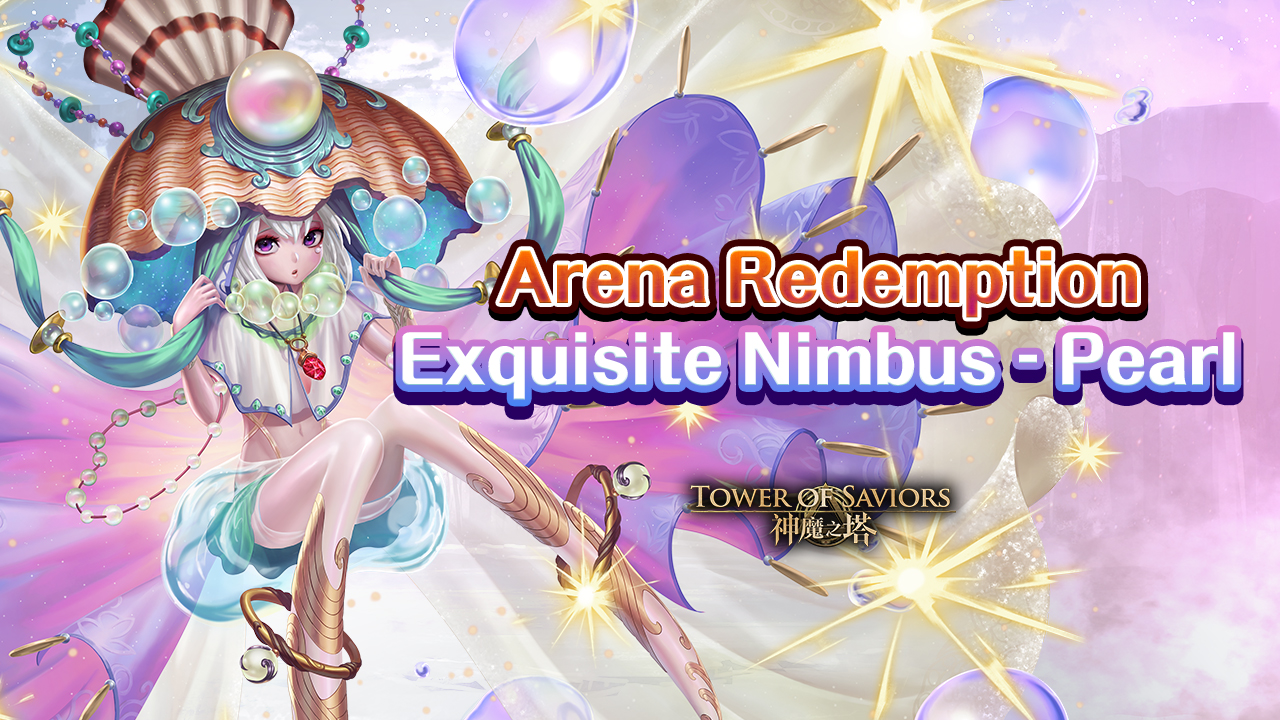 Upon version update, new character “Exquisite Nimbus – Pearl” can be redeemed in Arena with Prize Point! 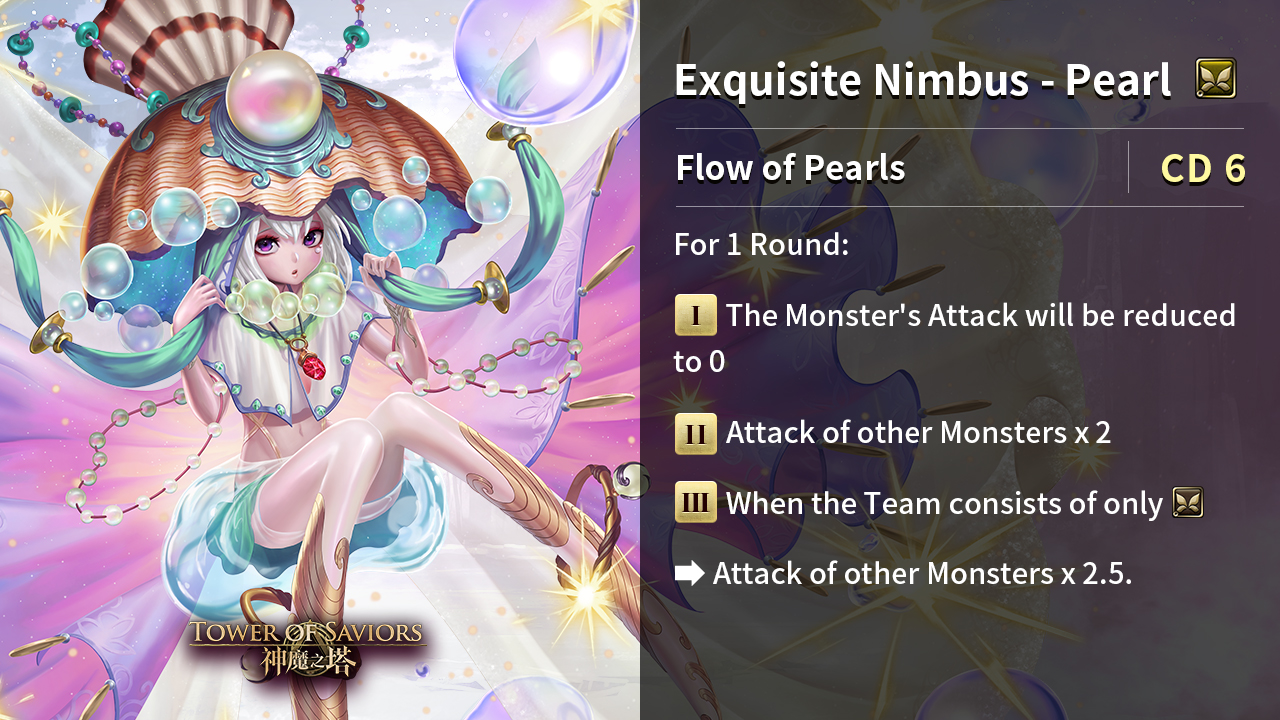 The Active Skill “Flow of Pearls” of “Exquisite Nimbus – Pearl” can be activated in 6 CD:

For 1 Round: I. The Monster’s Attack will be reduced to 0; Attack of other Monsters x 2;

When the Team consists of only Elves, Attack of other Monsters x 2.5.

“Aging Gems” series is coming together with “Minerelves”! “Crystalized Fetish – Amethyst” the first debuting character will await for your challenge in Lost Relic during 21 Oct (Mon) to 27 Oct (Sun)! She will be returning later the version!

The Active Skill “Purple Protection” of “Crystalized Fetish – Amethyst” can be activated in 8 CD:

A level-maxed “Crystal Cluster” will be rewarded for the 6-star achievement of each “Aging Gems” stage!

In this demo, “Paragon of Brilliance – Diamond” will be showing its revolutionary elf power together with other elves!

In this demo, “Pride of Regalia – Jade” will be showing her power to tackle different kinds of negative Runestone effects!