As version 18.3 is ongoing, next week we embrace the dawn of the Power Release of “Khaos” the 9th Sealed Lord in the Nightmare Stage. With the 7th Anniversary big day coming, tons of rewards will be given to all Summoners. Besides, “Eyes of Wickedness – Baiyan Mojun” will set up the Horror Stage “The Poisonous Demon”!

On 27 Jan (Mon), 9th Sealed Lord “Lord of All Gods – Khaos” can be power released into “New Order Creation – Khaos” by using the PR material “Harp of Feather”. Same night at 10 p.m, the Nightmare Stage “His Right & Wrong” will be released to let Summoner realize the true power of Khaos. 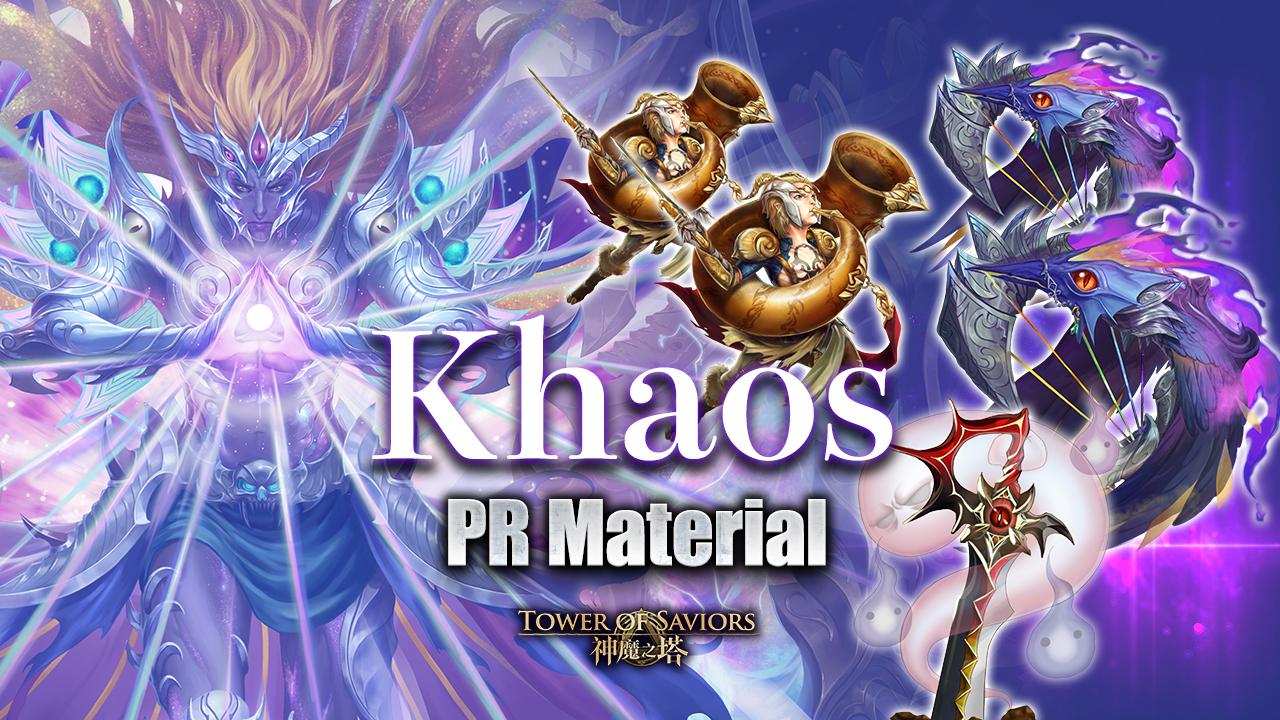 Khaos has the lethal 3 phases that make you a tough challenge. During the 1st phase, at the beginning of the first Round, Summoner’s HP will be depleted to 1. Active Skills and attacks of all Members will be locked for 3 Rounds.  All Unlocking Skills will be nullified. All Runestones will be in black and white. When the effect is in play, attack can be triggered only when 6 or more Combos are made in the first batch. Team Recovery -95%.

During the 3rd phase, CD of the enemy’s first attack will be 2. All Runestones will be masked by the enemy. Dark Runestones cannot be dissolved. The enemy receives Damage only when 20 or more Combos are made.  If not, the enemy will launch a number of attacks according to the number of Combos Summoner made, to the max 6 attacks. 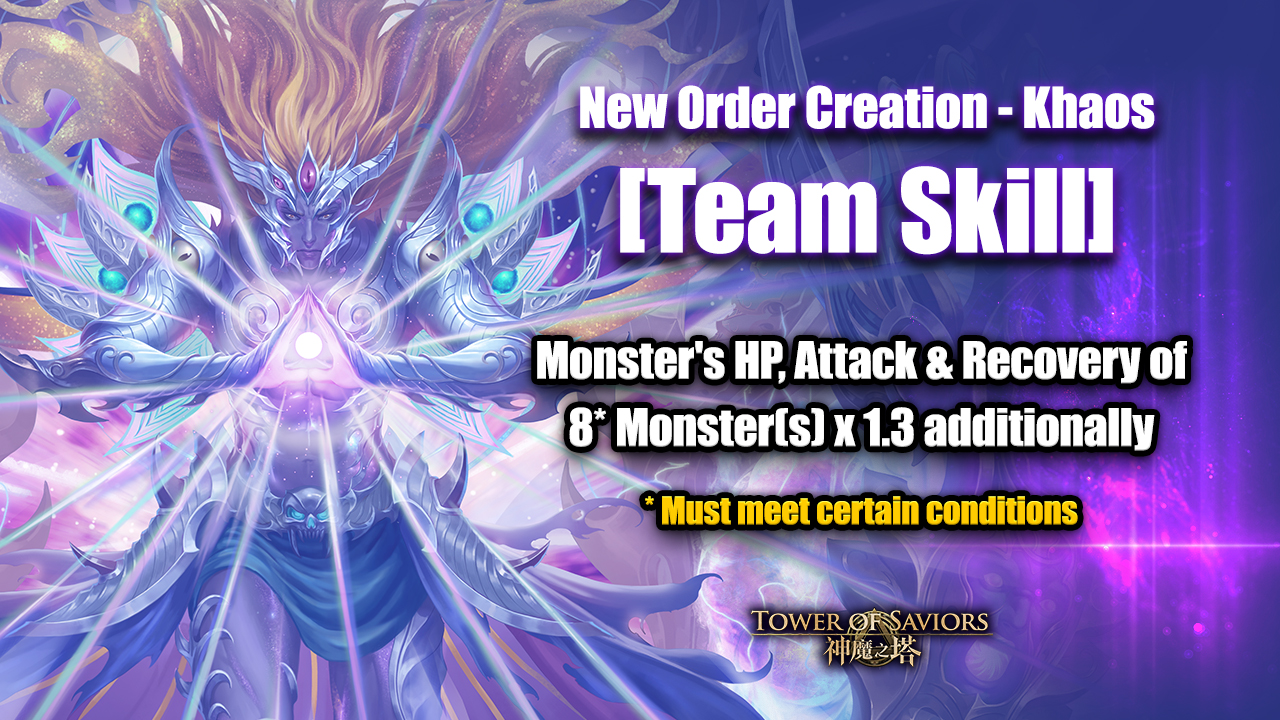 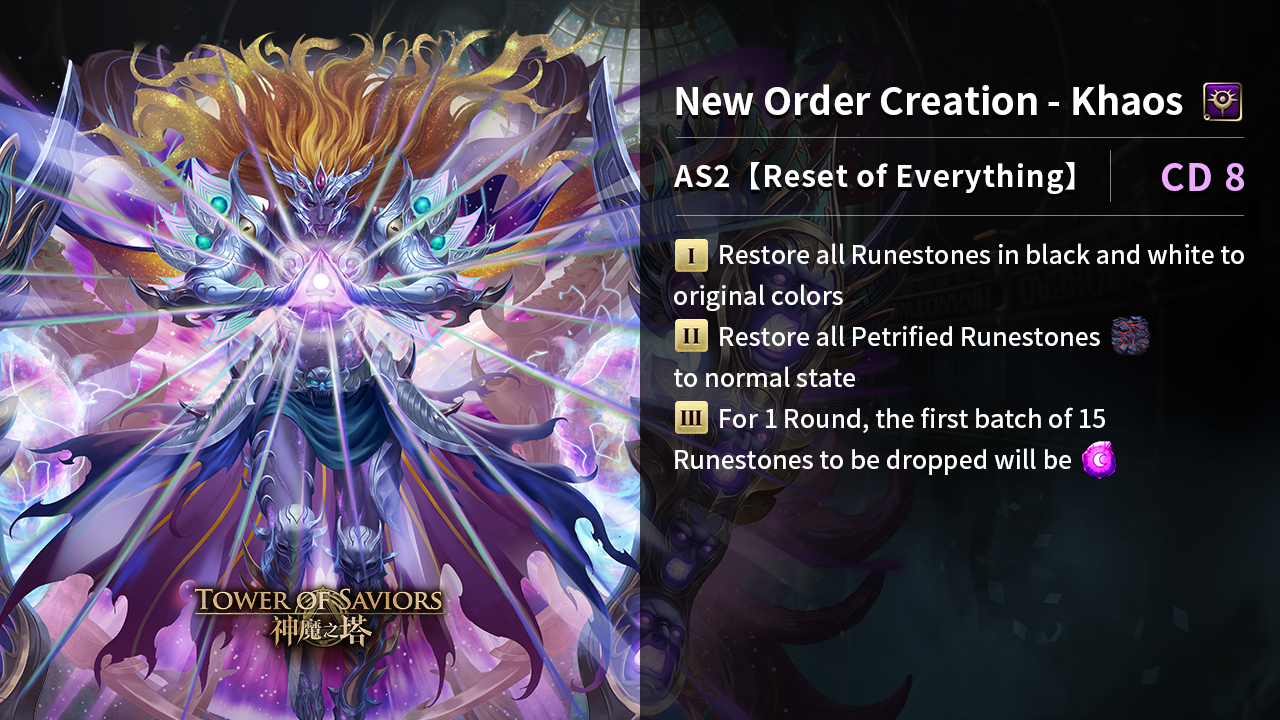 “New Order Creation – Khaos” can activate another active skill “Reset of Everything” upon CD 8: 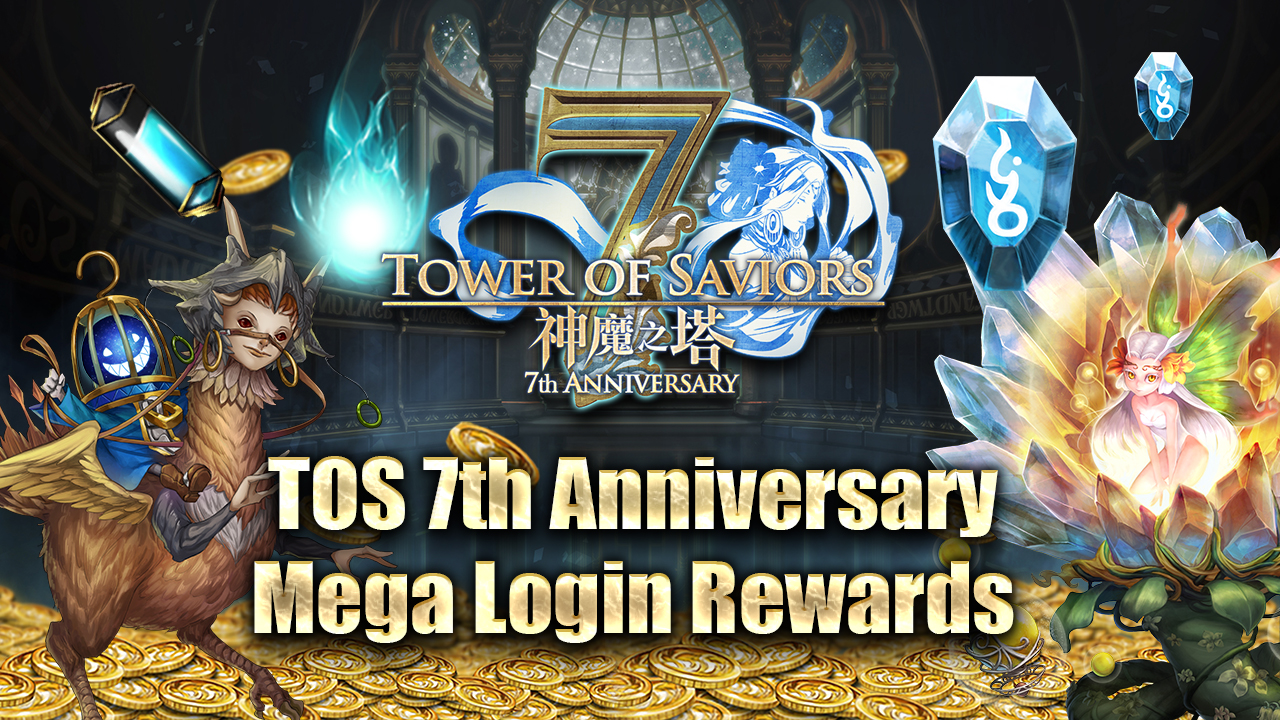 From 27 Jan (Mon) – 2 Feb (Sun), “7th Anniversary Package” will be launched in the Trade Fortress which costs 127 Coins only, including good stuff like “Baby Harpy Knight – Madhead”, “Egg Watchman” and more!

To thanks for Summoner’s support, login from 27 Jan (Mon) – 30 Apr (Thur), you can choose a character that you’ve never owned! Summoners can pick a race and attribute out of the selected card pool. The system will filter the characters you’ve already owned and pick 5 random characters that match your race and attribute preference. The character is All Max (if applicable)!

“Your All Max” this time has added the characters comparable to black-gold card, including “Behemoth” & “Bahamut”! Also, you can choose the beauty “Daji” or “Eve” if you like. 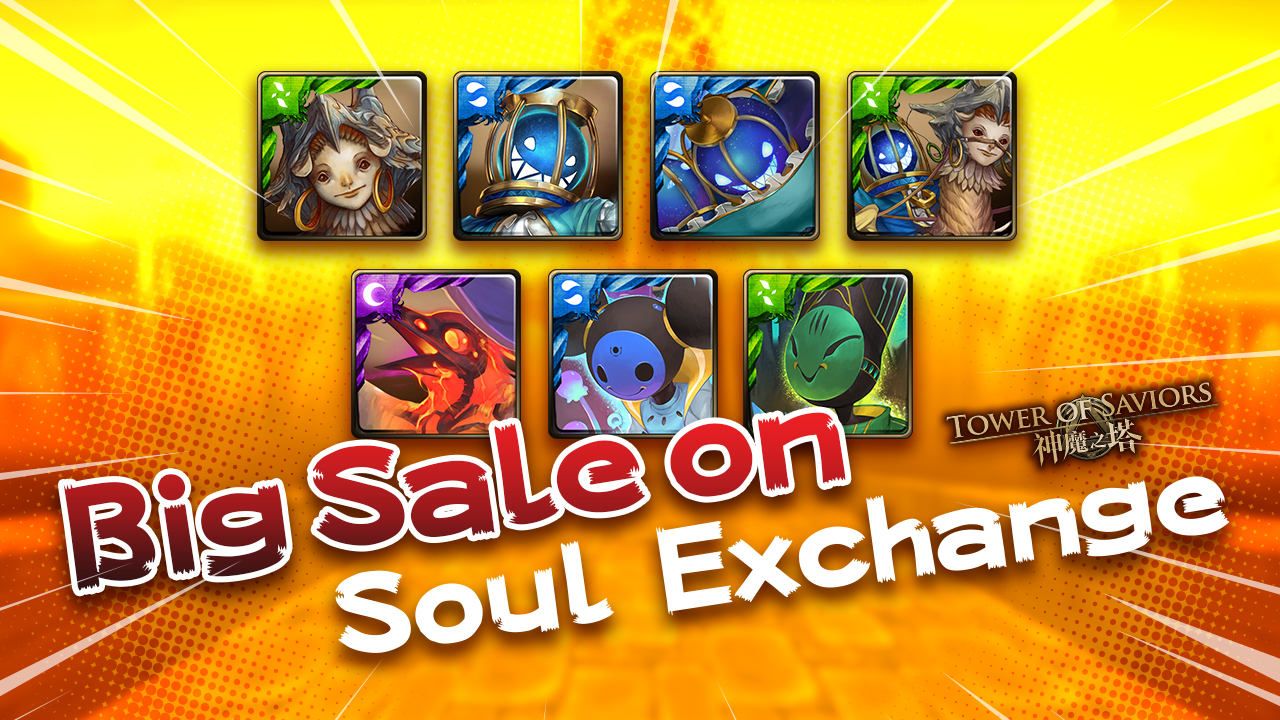 From 27 Jan (Mon) – 2 Feb (Sun), special sale is coming to the Soul Exchange. All costs 70 Souls only, including Harpy, Neon Crow, Terra Essence Soulstone and other rare materials.

Come to see the new commemorative reward! From 27 Jan 2020 (Mon) – 26 Jan (Tue) 2021, if your account has created for a year, login during your account anniversary date to get “Ocean Treasure – Stingray” x1.

Diamond Shop will be putting the “7th Anni Hype Gift Pack” on the shelf at a stealing price with great value. Apart from loads of Diamonds and Coins, you’ll get the super rare “Fluorescent Python”, “Essence Soulstone” & “Shedu”!! Don’t miss out!

From 27 Jan (Mon) to 2 Feb (Sun), go to “Lost Relic” to complete the one-off stage. Then you can get the Dragonware “Anniversary Cake Tune” x1. This dragonware is applicable to all monsters!

From 27 Jan (Mon) – 5 Feb (Wed), Level-up stage “The 5 Barrier Challenge” will come to Lost Relic. These 5 EXP-stages can increase your level by 5 directly in total!

In “Hundred-eyed Centipede”, Summoner has to beat the stage with the shortest number of rounds, shortest time, highest combos and highest attack to get the highest score! When you get the specific scores, you can get some wonderful rewards, including new outfit “Sting Punch Boxer – Vali” & “Eyes of Wickedness – Baiyan Mojun” x1 (Skill Lv. 10)!

“Eyes of Wickedness – Baiyan Mojun” can activate “Emergence of Emerald Lights” upon 8 CD:

From 27 Jan (Mon) – 2 Feb (Sun), login to receive a drawing chance of “Jungle of Beasts”, which includes 7 All Max Beasts! The well-received “Mellow” & “Zero” are also in the card pool!

The 2nd character “Spinning Flame Dance – Furla” of bi-weekly series “Circus Wonder” will be released next week! Fire Elf “Furla” can activate her skill upon CD 6! 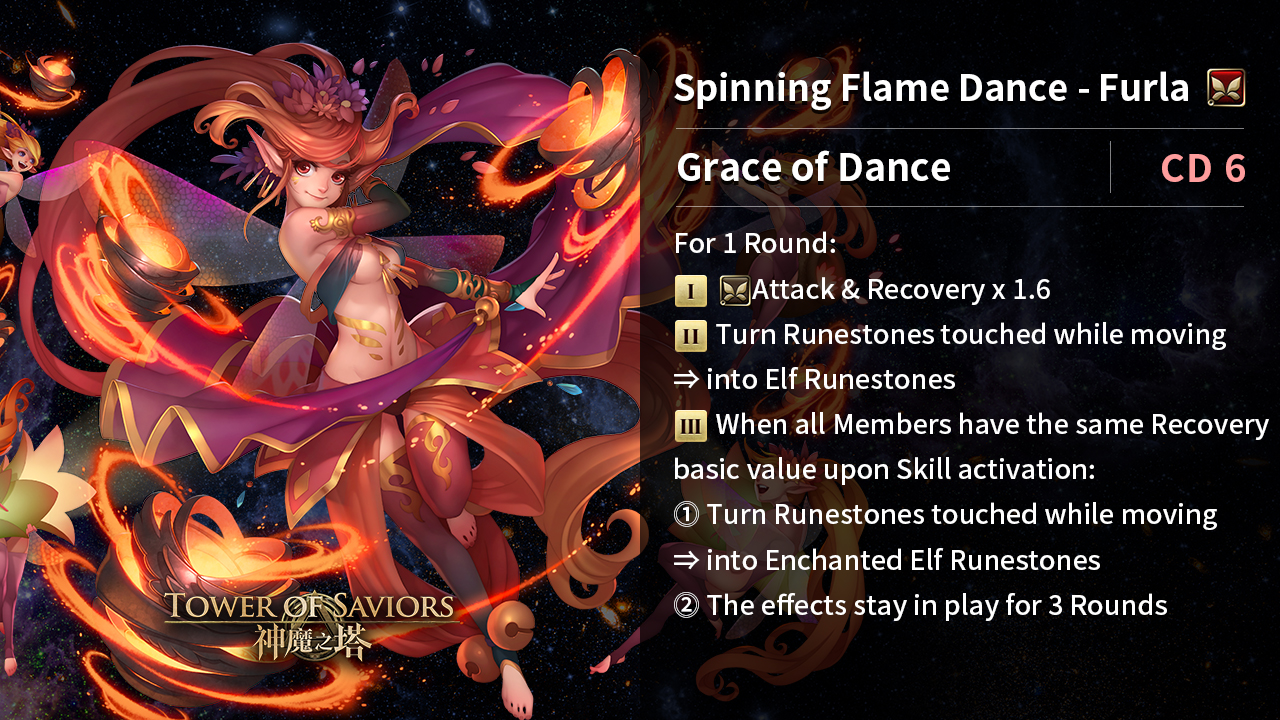 In this demo, “New Order Creation – Khaos” will showcase his dual skills to defeat the enemies!

In this demo, “Baiyan Mojun” will join the Rakshasa team with other Earth members to kick away “Ghroth” will his skill!