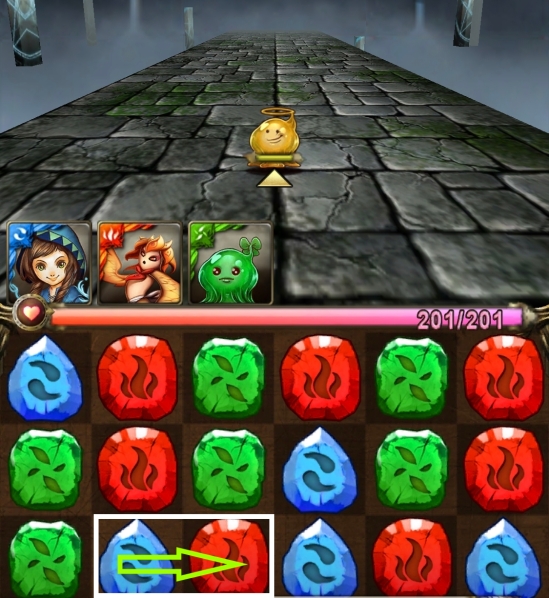 Dissolving Heart runestones will heal you, depending on your Team’s Recovery stat. 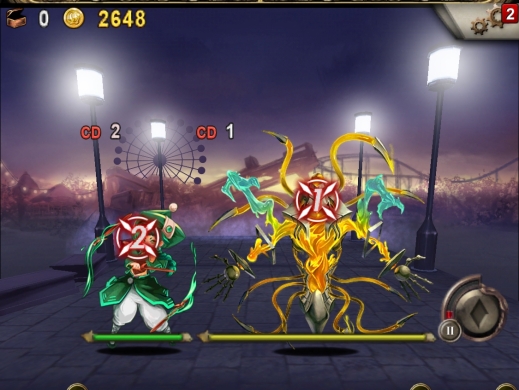 Tap on the monster you prefer to attack first, second, or last, use is wisely, especially for boss battles. 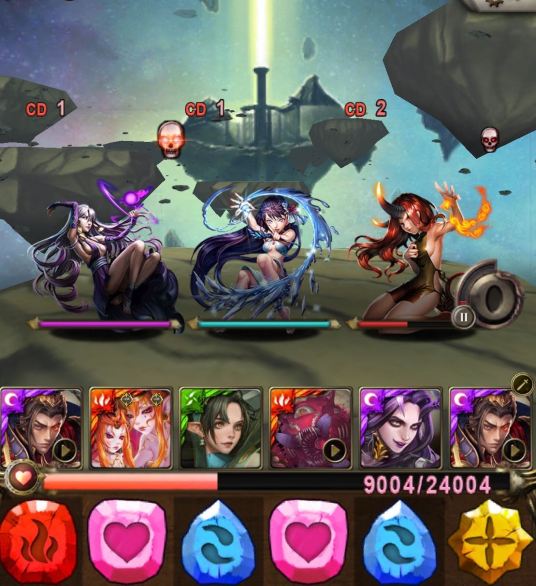 Monsters with a “Skull Icon” as show above, means that the game will be over once they successfully hit you, avoid getting hit by them by targeting them first.

At the beginning of the game, the game will offer you this feature where the AI will suggest nice paths that you could take to dissolve runestones. Use this as a guide early game but don’t rely on it too much, remove it later on to enhance and practice your own moves.

The “Suggested Path” option is a nice feature for beginners to learn some basic moves and combos, but it will not teach you how to dissolve 5 or more runestones or when to heal. 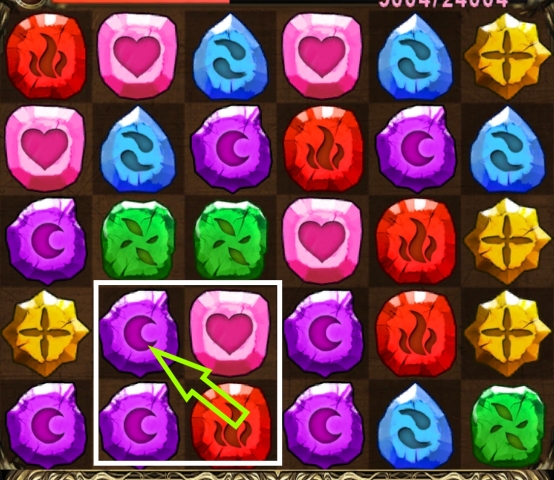 You can move diagonally to switch 2 runestones, it’s kinda tricky but if you are accurate enough, it’s possible. I suggest you use this method as a “last second move” because sometimes if you can’t do it right the first time, it might take some seconds away from your timer.